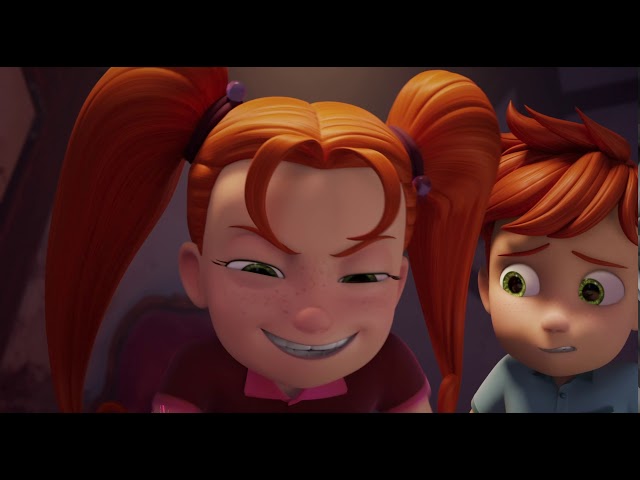 Here is a short review of "100% Wolf" movie plot summary.

Freddy Lupin (Ilai Swindells) is the young heir to a werewolf pack that has been protecting their local town for years. When he attempts to follow his family during their nightly patrol using a magical Moonstone, he inadvertently exposes the existence of werewolves to ice-cream truck owner Foxwell Cripp (Rhys Darby), and when Freddy's father, Flashheart, try's to reassure Foxwell that he is not going to hurt him, and ends up scaring him off a cliff. Then he jumps to save the Foxwell, accidentally bumping into Freddy. Freddy ends up losing the Moonstone to Cripp and Flashheart is apparently killed when he falls off a cliff.
With Flasheart (Jai Courtney) dead, Freddy's uncle Hotspur (Rupert Degas) becomes the new head of the werewolf clan, starting various new policies that include an increased dog-catching presence in the town, as werewolves have had a long history of disdain for dogs. Six years later, the time comes for Freddy to experience his first wolf transformation, but despite the encouragement of long-term housekeeper Mrs Mutton, he is humiliated when he turns into a poodle instead. Faced with the disdain of his pack, Freddy is challenged to prove his wolf status by moonrise the next day or risk being banished. However, his efforts are curtailed from the beginning when Hotspur's children put a silver collar on him, preventing him turning back into human form, although he manages to escape the mansion.
Hitching a lift into town on a passing truck, Freddy decides to try and retrieve the Moonstone from Cripp, who now runs a werewolf exhibition that has been covered by anti-werewolf defenses preventing the pack from retrieving it themselves. While searching in town, Freddy befriends Batty (Samara Weaving), a stray dog also known as 'Houndini' for her ability to consistently escape the dog-catchers, offering to give her access to his mansion's supply of meat if she helps him retrieve the ring from Cripp. After Batty gives him some tips on how to be more dog, she leads him to Cripp's exhibition. Freddy is briefly caught and examined by Cripp, but Batty is able to help him escape. Learning about Batty's past, when she was put out of a petshop after nobody bought her, Freddy plans to help her, but they are caught by the dogcatchers and sent to the Coldfax dog pound before he can do anything.

Here is the full cast and characters of "100% Wolf" movie. Actors and actresses are sorted mostly in credits order.

When is 100% Wolf movie release date?

The duration of the film is 96 minutes. The film grossed over $4.6 million.

"100% Wolf" movie is rated "PG", according to the MPAA film rating system.

What are critics and audiences saying about 100% Wolf movie?

More information and reviews on "100% Wolf" movie you can get on the following websites.