Is there a trailer for John Wick: Chapter 3 - Parabellum movie? 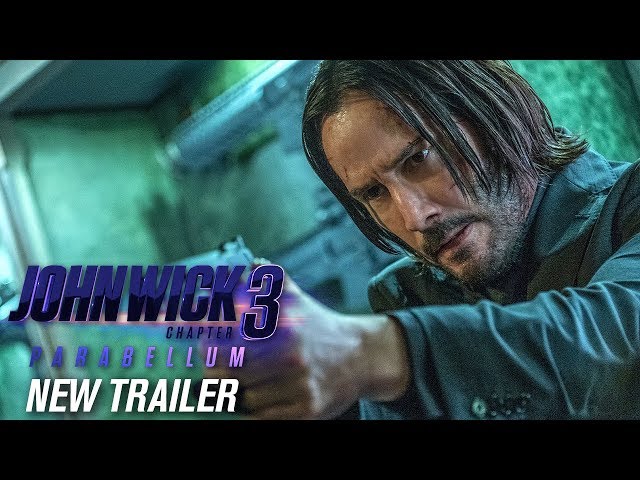 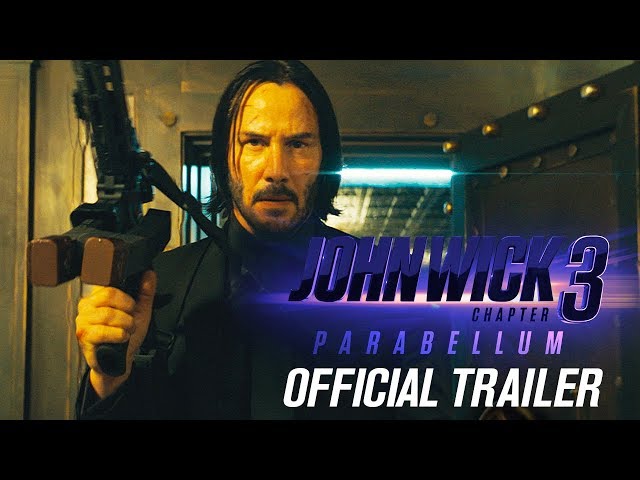 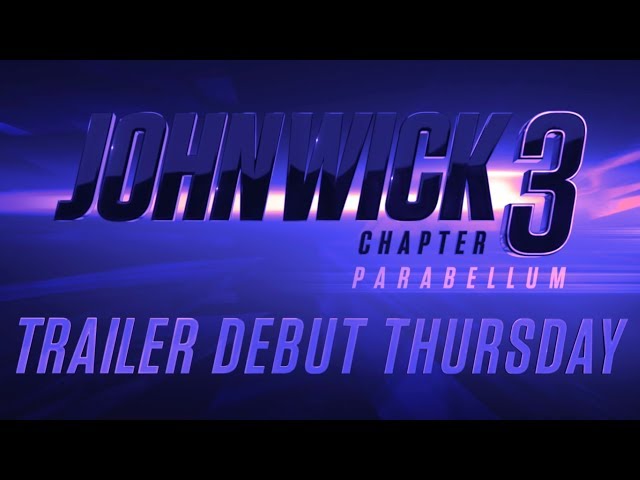 John Wick (Keanu Reeves) makes his way through Manhattan before he is labeled "excommunicado" for the unauthorized killing of High Table crime lord Santino D'Antonio on the grounds of the New York Continental Hotel - before this, he ensures his dog is kept safe at the very same hotel. At the New York Public Library, John retrieves a marker medallion and a rosary. He is injured in a fight with another hitman named Ernest (Boban Marjanovic) and seeks medical treatment from an underworld doctor, but his $14 million bounty activates before the doctor can finish. John finishes suturing himself but is quickly pursued by various gangs of assassins whom he kills.
John meets with the "Director", the head of the Ruska Roma (Sergio Delavicci) crime syndicate, where he presents the rosary and demands safe passage to Casablanca. The Director (Anjelica Huston) reluctantly helps John as he was once one of them, a Belarusian-born protégé named Jardani Jovonovich. A High Table Adjudicator meanwhile meets with New York Continental manager Winston (Ian McShane) and the Bowery King (Laurence Fishburne), notifying them that they both have seven days to resign from their positions for breaking the rules of the High Table. The Adjudicator (Asia Kate Dillon) hires Zero (Mark Dacascos), a Japanese assassin, and orders him to stab the Director through both of her hands as penance for defying the High Table. In Casablanca, John meets Sofia (Halle Berry), a former friend and manager of the Moroccan Continental. John presents the marker, which he obtained after helping her to protect her daughter, and demands to be directed to the "Elder" - the only person above the High Table. Sofia reluctantly takes John to Berrada (Jerome Flynn), her former boss, who tells John he may find the Elder by wandering through the desert until he can no longer walk. In exchange, Berrada asks for one of Sofia's dogs (Belgian Malinois) and when she refuses, he shoots the dog, which survives due to its bulletproof vest. Sofia tries to kill Berrada, but at John's warning she only wounds him. They fight their way out of the kasbah by killing Berrada's henchmen and drive into the desert, where she leaves John.

Who plays who in the John Wick: Chapter 3 - Parabellum movie cast?

Here is the full cast and characters of "John Wick: Chapter 3 - Parabellum" movie. Actors and actresses are sorted mostly in credits order.

Principal photography began May 5, 2018, in New York City and Montreal, along with the additional filming locations of Morocco.

What are critics and audiences saying about John Wick: Chapter 3 - Parabellum movie?

More information and reviews on "John Wick: Chapter 3 - Parabellum" movie you can get on the following websites.

John Wick: Chapter 3 - Parabellum on IMDB is available at:

John Wick: Chapter 3 - Parabellum on Wikipedia is available at: