Is there a trailer for Daddy's Home 2 movie? 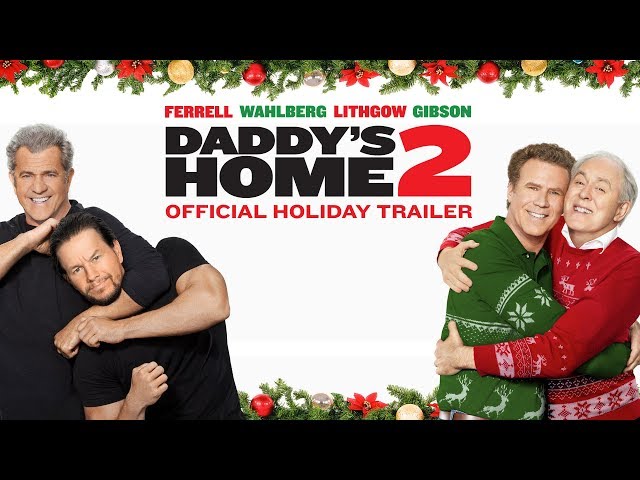 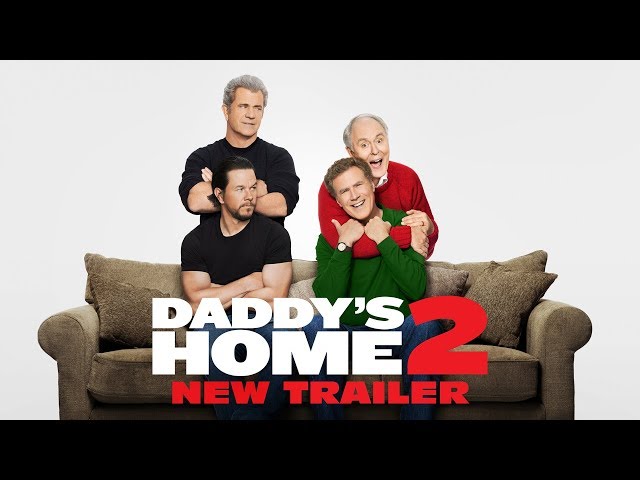 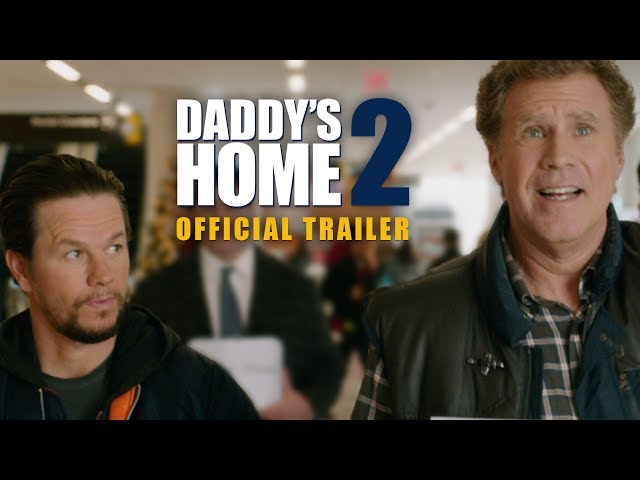 What is Daddy's Home 2 movie plot?

Finally friends, Brad Whitaker (Will Ferrell) and Dusty Mayron (Mark Wahlberg) co-parent Dusty's two children, Megan and Dylan, who take turns at each father's house. Dusty has remarried to Karen, a doctor/novelist, and is stepfather to her daughter Adrianna (Didi Costine). The men decide to have a joint Christmas rather than separate ones, after Megan embarrassingly admits during a school recital, that she does not like Christmas anymore due to the stress and embarrassment caused by the dual arrangement. She'd prefer one "together Christmas".
Dusty's tough fighter pilot/Space Shuttle astronaut father Kurt and Brad's overbearing and cheerful father, Don (John Lithgow), unexpectedly arrive for Christmas. Megan and Dylan warmly embrace Don, as he is very present in their lives, while Kurt hasn't seen them since they were toddlers. From his envy of the affection the children show Don, Kurt rents a large cabin through Airbnb, to house them all through the holiday week.
Brad and Dusty's co-parenting is put to the test by Kurt's meddling. Dusty's beef with Kurt mainly stems from the fact that he was rarely there for him as a child. Especially painful was when, during a youth Glee Club recital he embarrassed himself by missing his solo part when Kurt left to make out with a woman during his part. Sara (Linda Cardellini), meanwhile, tries to bond with Karen, but is appalled by her shoplifting clothes from a store and not caring if Adriana and Megan drink alcoholic eggnog. She later becomes concerned Don isn't with his wife, whom he claims couldn't come as she was staying home to take care of her ill brother.

Who plays who in the Daddy's Home 2 movie cast?

Here is the full cast and characters of "Daddy's Home 2" movie. Actors and actresses are sorted mostly in credits order.

What are Daddy's Home 2 filming details?

"Daddy's Home 2" movie is rated "PG-13", according to the MPAA film rating system.

What are critics and audiences saying about Daddy's Home 2 movie?

"Daddy's Home 2" movie got average rating from critics. IMDB rating is 6/10. Rotten Tomatoes rating is 21/100. But the audience kinda likes the film. Audiences polled by CinemaScore gave the film an average grade of "A-" on a scale ranging from A+ to F.

More information and reviews on "Daddy's Home 2" movie you can get on the following websites.

Daddy's Home 2 on IMDB is available at:

Daddy's Home 2 on Wikipedia is available at: