Here are "The Highwaymen" movie trailer, plot summary, full cast and characters, release date, streaming services and everything we know so far.

Is there a trailer for The Highwaymen movie?

Netflix on Wednesday, February 20, 2019 released the trailer for "The Highwaymen" you can watch here:
The Highwaymen | Official Trailer | Netflix. 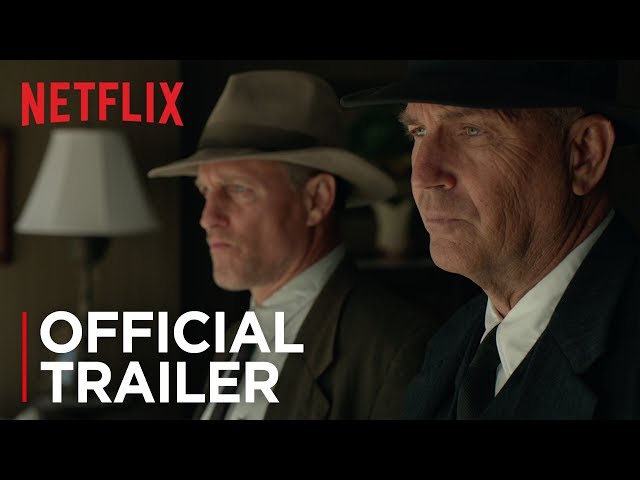 What is The Highwaymen movie plot?

Here is a short review of "The Highwaymen" movie plot summary.

In 1934, after two years on the run, criminals Bonnie Parker (Emily Brobst) and Clyde Barrow (Edward Bossert) break several associates out of Texas' Eastham Prison Farm. Texas Department of Corrections Chief Lee Simmons (John Carroll Lynch) persuades Governor "Ma" Ferguson to hire former Texas Ranger Frank Hamer (Kevin Costner) to track down the criminals. Reluctant to leave retirement and his wife Gladys (Kim Dickens), Hamer joins the manhunt after the fugitive gang is involved in a devastating shootout in Missouri, and he recruits his former partner, Benjamin Maney Gault (Woody Harrelson).
Information from FBI wiretapping of the fugitives' families leads Hamer and Gault to conclude that Bonnie and Clyde (Mikey Kelley) are returning "home" to Dallas. Watching Bonnie's mother's house, they see a man throw a bottle into her yard, which is soon thrown back, but a boy escapes with it. Dismissing the Rangers' theory, the FBI believe the fugitives are in Brownsville. Hamer and Gault meet with Dallas Sheriff "Smoot" Schmid, who introduces them to Deputy Sheriff Ted Hinton (Thomas Mann), a childhood friend of Bonnie and Clyde who can identify them on sight. The gang kills two policemen in nearby Grapevine; Hamer and Gault investigate the scene and determine that Bonnie has a rabbit, which Hinton suggests is a present for a family member.
The Rangers drive to Oklahoma and question a gas station attendant, who declares his support for the criminals. Hamer assaults the man into admitting the gang passed through en route to a migrant camp, where a local girl confirms the gang stayed. A radio bulletin alerts the Rangers to two more murdered officers but, being outside their jurisdiction, they are barred from passing the police roadblock, which a frustrated Hamer drives around. They continue to Coffeyville, Kansas, correctly guessing that Bonnie and Clyde will stop there for supplies. As the Rangers move in on the fugitives, an adoring crowd surrounds the criminals' car. Hamer and Gault give chase, but Bonnie and Clyde escape through a dirt field.

Who plays who in the The Highwaymen movie cast?

Here is the full cast and characters of "The Highwaymen" movie. Actors and actresses are sorted mostly in credits order.

When is The Highwaymen movie release date?

What are The Highwaymen filming details?

"The Highwaymen" movie is rated "R", according to the MPAA film rating system.

What are critics and audiences saying about The Highwaymen movie?

"The Highwaymen" movie got high rating from critics. IMDB rating is 6.9/10. Rotten Tomatoes rating is 58/100. The audience also likes the film.

More information and reviews on "The Highwaymen" movie you can get on the following websites.

The Highwaymen on IMDB is available at:

The Highwaymen on Wikipedia is available at: