Is there a trailer for Escape Room movie? 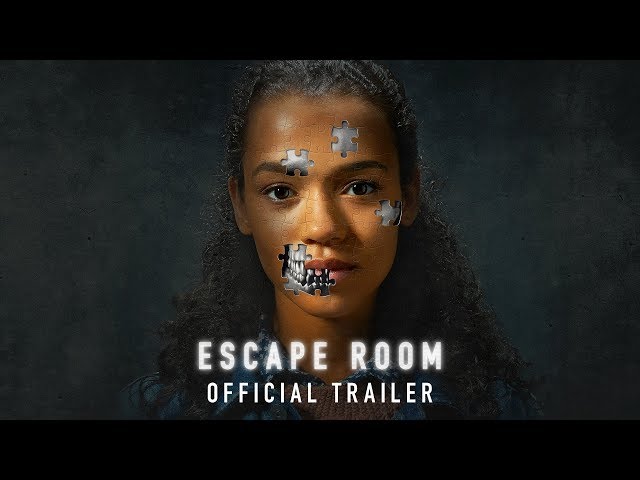 What is Escape Room movie plot?

Six people from varied backgrounds are presented with a puzzle cube: Zoey (Taylor Russell), a physics student; Jason, a wealthy daytrader; Ben (Logan Miller), a stockboy; Mike (Tyler Labine), a truck driver; Amanda (Deborah Ann Woll), an Iraq War veteran; and Danny (Nik Dodani), an escape room enthusiast. When they solve the puzzle, they are invited to take part in an escape room with a $10,000 prize. The participants arrive at an office block with no greeting, and when Ben tries to leave, the door handle falls off, revealing that the challenge has begun. They escape the first two rooms, a giant heating oven and a winter cabin. After finding the key, however, the rooms become fatal. Danny falls through the ice in an icy room and drowns; Amanda plummets to her death in an upside-down billiards bar where parts of the floor periodically fall into a deep shaft below; Jason shocks Mike to death to solve a puzzle in a hospital room filling up with poisonous gas; and in a room with optical illusions and strobe lights, Ben kills Jason over an antidote required to escape.
Some rooms, through songs playing, coats, and hospital beds, remind the players of them being sole survivors of various disasters; Mike escaped a mine cave-in, Zoey survived a plane crash, Danny survived when his family died of carbon monoxide poisoning, Amanda survived an IED blast, Jason survived a shipwreck in frigid weather, and Ben survived a car accident where his friends died. Zoey realizes that the purpose of the game is to determine which player is the luckiest. Ben, after escaping the last room where a wall moves inwards to crush him, meets the Gamemaster, who controls the game that the Puzzle Maker designed. The Gamemaster explains that each year they lure in players with something in common - college athletes, savants, etc. - and wealthy viewers bet on the result, with the current game luring in sole survivors of previous disasters. The Gamemaster tries to kill Ben, but Zoey intervenes, and together they kill the Gamemaster.

Who plays who in the Escape Room movie cast?

Here is the full cast and characters of "Escape Room" movie. Actors and actresses are sorted mostly in credits order.

What are Escape Room filming details?

"Escape Room" movie is rated "PG-13", according to the MPAA film rating system.

What are critics and audiences saying about Escape Room movie?

"Escape Room" movie got average rating from critics. IMDB rating is 6.4/10. Rotten Tomatoes rating is 51/100. But the audience kinda likes the film. Audiences polled by CinemaScore gave the film an average grade of "B" on a scale ranging from A+ to F.

More information and reviews on "Escape Room" movie you can get on the following websites.

Escape Room on IMDB is available at:

Escape Room on Wikipedia is available at: