Here are "The Nun" movie trailer, plot summary, full cast and characters, release date, streaming services and everything we know so far.

Is there a trailer for The Nun movie?

Warner Bros. Pictures on Wednesday, June 13, 2018 released the trailer for "The Nun" you can watch here:
THE NUN - Official Teaser Trailer . 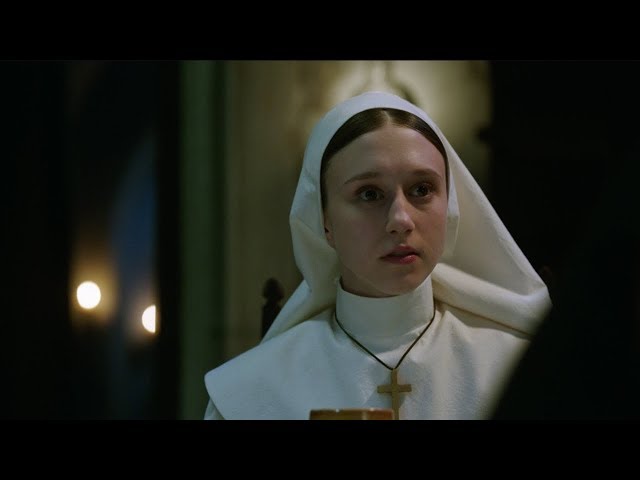 What is The Nun movie plot?

Here is a short review of "The Nun" movie plot summary.

In 1952 Romania, two nuns living at the Saint Cartha's monastery are attacked by an unseen evil force after entering a tunnel to retrieve an ancient Christian relic. The surviving nun, Sister Victoria (Charlotte Hope), flees from the attacker, a demon appearing as a nun, and hangs herself. Her body is discovered by Frenchie (Jonas Bloquet), a villager who transports supplies to the nuns.
The Vatican learns of the incident and summons Father Burke (Demián Bichir) to Rome, where they ask him to travel with Sister Irene (Taissa Farmiga), a nun in her novitiate, to Romania in order to investigate the situation. While Sister Irene is teaching children the relationship between religion and science in a school, her Mother Superior (Lynnette Gaza) interrupts her and informs her that Burke has arrived in order to request Irene's accompaniment in his trip to Romania.
The pair travels to Romania and meets with Frenchie, who leads them to the abbey. They discover Victoria's body and take a key from her corpse. Inside, they encounter the Abbess, who informs them that the nuns observe a period of silence during the night and offers them lodging at the attached convent if they wish to return tomorrow. Frenchie is attacked by a demon as he returns to the village, but escapes. Burke tells Irene that a boy he exorcised in the past, Daniel, was fatally injured during the ritual, and Burke has carried the burden of the boy's death with him ever since. Irene reveals that as a girl, she had visions and each of them concluded with "Mary points the way", causing the Church to take an interest in her. That night, Burke is rescued by Irene after being buried alive in the graveyard by the demonic entity.

Who plays who in the The Nun movie cast?

Here is the full cast and characters of "The Nun" movie. Actors and actresses are sorted mostly in credits order.

When is The Nun movie release date?

What are The Nun filming details?

"The Nun" movie is rated "PG-13", according to the MPAA film rating system.

Principal photography began on May 3, 2017, at Castel Film Studios in Bucharest, Romania, with Maxime Alexandre serving as cinematographer.

What are critics and audiences saying about The Nun movie?

"The Nun" movie got average rating from critics. IMDB rating is 5.3/10. Rotten Tomatoes rating is 25/100. The audience dislikes the film either. Audiences polled by CinemaScore gave the film an average grade of "C" on a scale ranging from A+ to F.

More information and reviews on "The Nun" movie you can get on the following websites.

The Nun on IMDB is available at:

The Nun on Wikipedia is available at: