Here are "The Dirt" movie trailer, plot summary, full cast and characters, release date, streaming services and everything we know so far.

Is there a trailer for The Dirt movie?

Netflix on Tuesday, February 19, 2019 released the trailer for "The Dirt" you can watch here:
The Dirt | Official Trailer | Netflix. 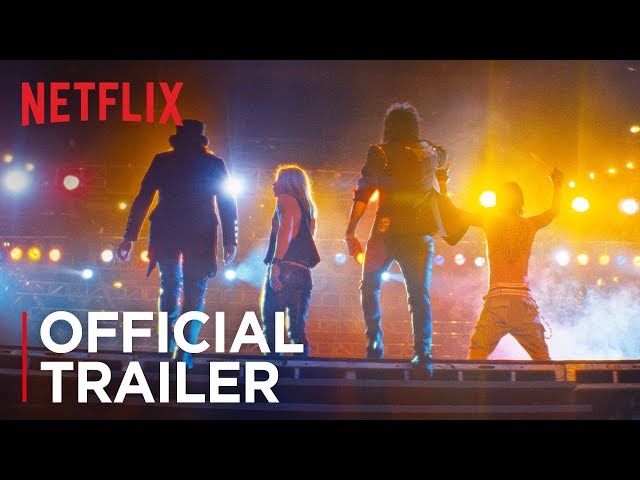 What is The Dirt movie plot?

Here is a short review of "The Dirt" movie plot summary.

In 1973, Frank Carlton Feranna Jr. walks away from his mother Deana (Kathryn Morris) after years of abuse and moves from Seattle to Los Angeles in 1978. After a failed attempt to connect with his biological father who abandoned the family at birth, Frank legally changes his name to "Nikki Sixx" in 1980. A year later, after a falling out with members of London at the Whisky a Go Go, Nikki befriends drummer Tommy Lee (Machine Gun Kelly) and reveals to him that he is forming a new band. Joining the band is guitarist Mick Mars (Iwan Rheon), who suffers from ankylosing spondylitis. The trio then recruit Tommy's high school friend Vince Neil (Daniel Webber) from the cover band Rock Candy as lead vocalist, and after some brainstorming, the quartet name themselves Mötley Crüe.
Despite a brawl with some crowd members, Mötley Crüe's first gig at the Starwood is well-received. They progressively sell out night clubs all over Los Angeles and rookie producer Tom Zutaut (Pete Davidson) of Elektra Records approaches them with a five-album deal and they sign Doc McGhee (David Costabile) as their manager. During their first national tour, the band is given advice by Ozzy Osbourne (Tony Cavalero) to know the limits of their partying before he snorts some ants and licks his and Nikki's urine on the pool floor. Before long, the band's albums go platinum and they each spend millions of dollars as fast as they earn them. Vince marries mud wrestler Sharise Ruddell (Leven Rambin), while Tommy announces his engagement to a woman named Roxie (Jordan Lane Price), but after his mother calls her a groupie, they get into a heated argument and Tommy punches Roxie in the face.

Who plays who in the The Dirt movie cast?

Here is the full cast and characters of "The Dirt" movie. Actors and actresses are sorted mostly in credits order.

When is The Dirt movie release date?

What are The Dirt filming details?

What are critics and audiences saying about The Dirt movie?

"The Dirt" movie got average rating from critics. IMDB rating is 7/10. Rotten Tomatoes rating is 38/100. But the audience loves the film.

More information and reviews on "The Dirt" movie you can get on the following websites.

You can watch The Dirt online streaming on Netflix:

The Dirt on IMDB is available at:

The Dirt on Wikipedia is available at: