Is there a trailer for Book Club movie? 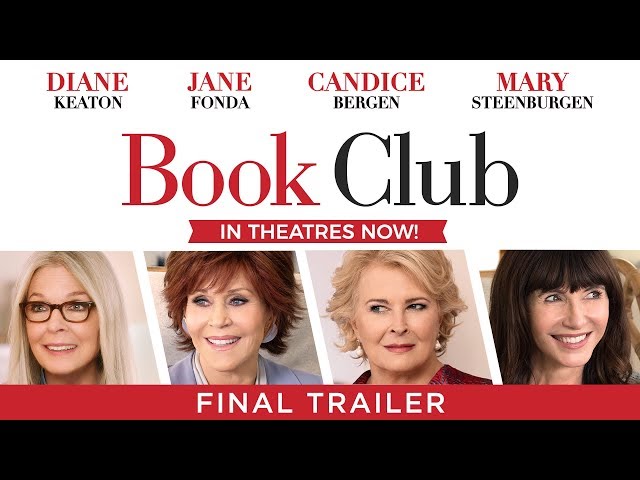 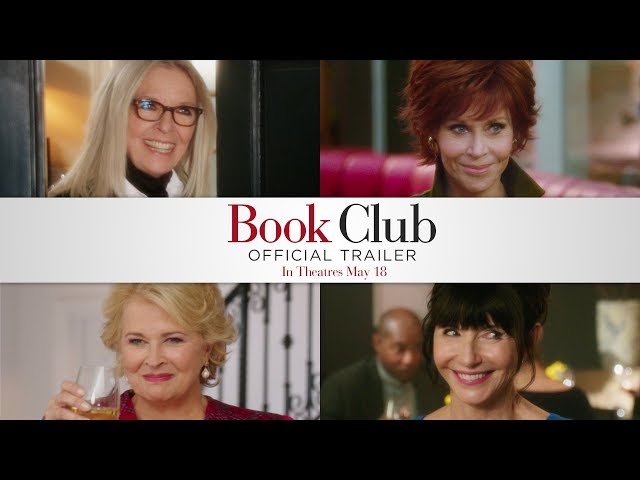 What is Book Club movie plot?

Four women have attended a monthly book club for 40 years, bonding over the suggested literature, and have become very good friends. Vivian (Jane Fonda), who owns and builds hotels, runs into Arthur (Don Johnson), a man whose marriage proposal she turned down 40 years before. They begin a flirtation, but Vivian has always refused to settle down because she enjoys her independence. Diane (Diane Keaton) is recently widowed, and her daughters would like her to move closer to them in Arizona because they perceive her to be in danger because she's living alone. Sharon (Candice Bergen) is a federal judge who's been single since she divorced her son's father over 18 years ago. Carol (Mary Steenburgen) has a successful marriage to Bruce (Craig T. Nelson), who has recently retired, but they have recently lacked intimacy.
One day, they read Fifty Shades of Grey and are turned on by the content. Viewing it as a wake-up call, they decide to expand their lives and chase pleasures that have eluded them. While flying to visit her daughters in Arizona, Diane meets Mitchell (Andy Garcia) and they strike up a relationship, though Diane is hesitant because of how recently her husband died and because she hasn't dated in decades. Vivian spends more time with Arthur, but her fear of commitment makes her keep him at a distance. Carol is frustrated with her husband's refusal to have sex with her, and by reading the book she realizes they are missing something. Sharon starts an online dating account to start dating again.
They continue to read Fifty Shades Darker and Fifty Shades Freed in their book club, while trying to figure out how to solve their problems. Diane's daughters continue to pressure her to move to Arizona but she doesn't want to leave her friends. She sneaks away to see Mitchell, and when her daughters can't reach her, they send the police out to find her. On discovering her at Mitchell's, they insist that she move into the basement of one of their homes, essentially ending her relationship with Mitchell. Eventually, Diane tells her daughters that though she is older, she doesn't need to be under surveillance. She packs up her belongings and leaves for Mitchell's, where they resume their relationship.

Who plays who in the Book Club movie cast?

Here is the full cast and characters of "Book Club" movie. Actors and actresses are sorted mostly in credits order.

What are Book Club filming details?

"Book Club" movie is rated "PG-13", according to the MPAA film rating system.

What are critics and audiences saying about Book Club movie?

"Book Club" movie got average rating from critics. IMDB rating is 6.1/10. Rotten Tomatoes rating is 55/100. But the audience kinda likes the film. Audiences polled by CinemaScore gave the film an average grade of "A-" on a scale ranging from A+ to F.

More information and reviews on "Book Club" movie you can get on the following websites.

Book Club on IMDB is available at:

Book Club on Wikipedia is available at: