Here are "Batman Ninja" movie trailer, plot summary, full cast and characters, release date and everything we know so far.

Is there a trailer for Batman Ninja movie? 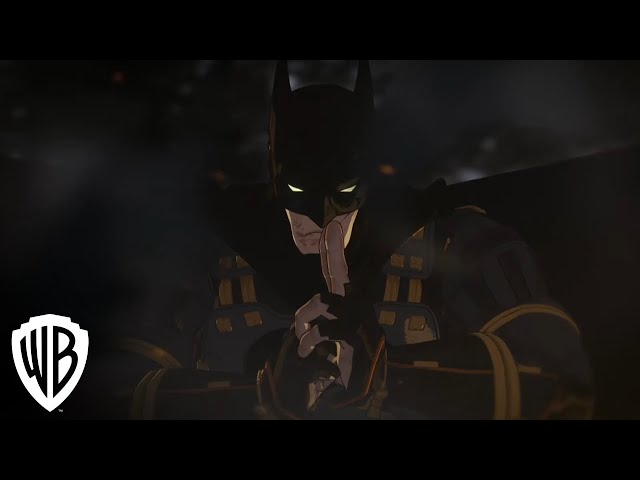 What is Batman Ninja movie plot?

While battling Gorilla Grodd at Arkham Asylum, Batman is caught in Grodd's Quake Engine time displacement machine and sent to Feudal Japan. There, he is chased by samurai working for the Joker. During his escape, Batman meets up with Catwoman, who reveals everyone else arrived two years earlier (due to Batman being in the outermost area affected by the Quake Engine). He learns from her that all of Gotham City's top criminals have become feudal lords after deceiving the Sengoku daimyō, battling each other until only one state remains. In order to stop the villains from altering history, Batman and Catwoman must get to the Quake Engine in Arkham Castle (formerly the asylum). Batman discovers that Alfred Pennyworth (Hôchû Ôtsuka) is also in the past and has built a Batcave outside Edo.
When the Joker's troops ambush the hideout, Batman storms his way in his Batmobile towards Arkham Castle, which transforms into a giant robot fortress. Just as Batman confronts the Joker, he is forced to leave and save a mother and child below from being crushed by the robot's hand. He transforms his Batcycle into an armored suit to defeat a sumo Bane (Kenta Miyake) and stop the robot hand, only to learn the mother is Harley Quinn in disguise. As Batman is surrounded by the Joker's minions, he is suddenly whisked away by ninja led by Eian (Matthew Yang King) of the Bat Clan of Hida. He learns the Bat Clan helped Nightwing, Red Hood (Akira Ishida), Robin, and Red Robin upon their arrival, and the clan has followed a prophecy of a foreign bat ninja restoring order to the land. Robin gives Batman an invitation from Grodd to a nearby hot spring. There, Grodd explains he intended to send the villains far away so he could take Gotham for himself, but Batman's interference sent them all to Feudal Japan instead. Batman and Grodd agree to work together to return to Gotham.

Who plays who in the Batman Ninja movie?

Here is the full cast and characters of "Batman Ninja" movie. Actors and actresses are sorted mostly in credits order.

What are Batman Ninja filming details?

"Batman Ninja" movie is rated "PG-13", according to the MPAA film rating system.

What are critics and audiences saying about Batman Ninja movie?

"Batman Ninja" movie got high rating from critics. IMDB rating is 5.6/10. Rotten Tomatoes rating is 82/100. But the audience dislikes the film.

More information and reviews on "Batman Ninja" movie you can get on the following websites.

Batman Ninja on IMDB is available at:

Batman Ninja on Wikipedia is available at: