Is there a trailer for Thor: Ragnarok movie? 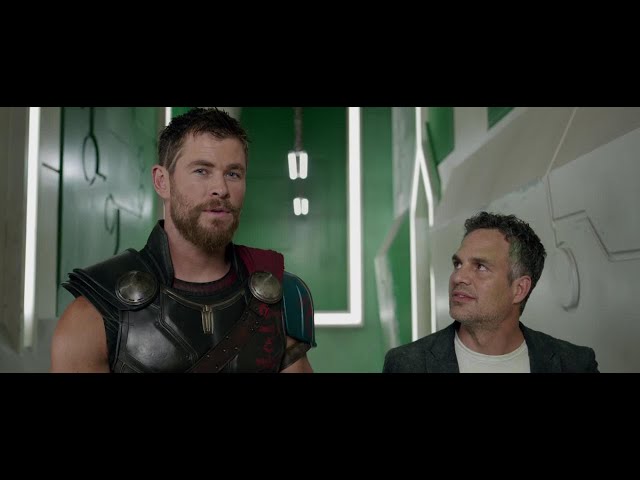 What is Thor: Ragnarok movie plot?

Two years after the battle of Sokovia, Thor (Chris Hemsworth) is imprisoned by the fire demon Surtur (Clancy Brown), who reveals that Thor's father Odin (Anthony Hopkins) is no longer on Asgard. He explains that the realm will soon be destroyed during the prophesied Ragnarök, once Surtur unites his crown with the Eternal Flame that burns in Odin's vault. Thor frees himself, defeats Surtur and takes his crown, believing he has prevented Ragnarök.
Thor returns to Asgard to find Heimdall (Idris Elba) gone and his estranged brother Loki (Tom Hiddleston) posing as Odin. After exposing Loki, Thor forces him to help find their father, and with directions from Stephen Strange at the Sanctum Sanctorum in New York City, they locate Odin in Norway. Odin explains that he is dying, Ragnarök is imminent despite Thor's efforts to prevent it, and his passing will free his firstborn child, Hela (Cate Blanchett), from a prison she was sealed in long ago. Hela was the leader of Asgard's armies, conquering the Nine Realms with Odin, but Odin imprisoned her and wrote her out of history after fearing that she had become too ambitious and powerful. Odin dies as Thor and Loki look on, and Hela appears, destroying Thor's hammer Mjolnir. She pursues the two as they attempt to flee through the Bifröst Bridge, forcing them out into space. Arriving in Asgard, she defeats its army and kills the Warriors Three. She then resurrects the ancient dead who once fought with her, including her giant wolf Fenris, and appoints the Asgardian Skurge (Karl Urban) as her executioner. Hela plans to use the Bifröst to expand Asgard's empire, but Heimdall sneaks in, takes the sword that controls the Bridge and begins hiding other Asgardians.

Who plays who in the Thor: Ragnarok movie?

Here is the full cast and characters of "Thor: Ragnarok" movie. Actors and actresses are sorted mostly in credits order.

What are Thor: Ragnarok filming details?

"Thor: Ragnarok" movie is rated "PG-13", according to the MPAA film rating system.

What are critics and audiences saying about Thor: Ragnarok movie?

"Thor: Ragnarok" movie got high rating from critics. IMDB rating is 7.9/10. Rotten Tomatoes rating is 93/100. The audience also loves the film. Audiences polled by CinemaScore gave the film an average grade of "A" on a scale ranging from A+ to F.

More information and reviews on "Thor: Ragnarok" movie you can get on the following websites.

Thor: Ragnarok on IMDB is available at:

Thor: Ragnarok on Wikipedia is available at: