Here are "Winchester" movie trailer, plot summary, full cast and characters, release date and everything we know so far.

Is there a trailer for Winchester movie? 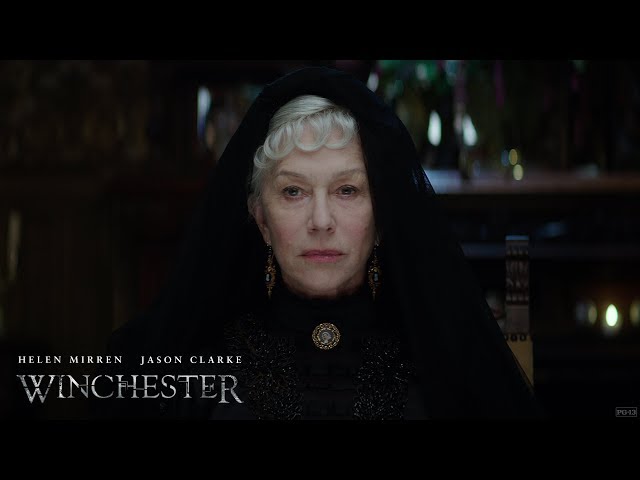 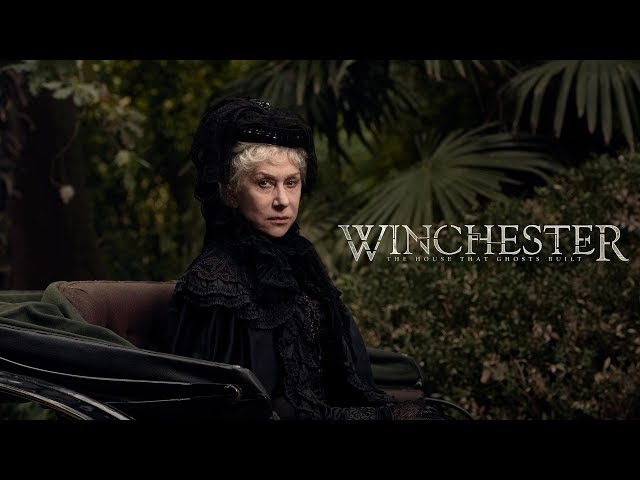 What is Winchester movie plot?

Here is a short review of "Winchester" movie plot summary.

Sarah Winchester (Helen Mirren) is the widow of famed gun manufacturer William Wirt Winchester. Her husband's sudden death and the previous death of their child Annie have left her in grief. Having received more than twenty million dollars in inheritance, Winchester convinces herself she is cursed by the ghosts of those who died at the hands of Winchester firearms. After seeking advice from a medium, she begins building an enormous, seemingly never-ending mansion in San Jose, California that would eventually be named the Winchester Mystery House. The house is under constant construction and Sarah's niece Marion Marriott (Sarah Snook) lives in the house with her son Henry (Finn Scicluna-O'Prey). At night, Henry is possessed by a mysterious entity.
In 1906, the Winchester company hires Doctor Eric Price (Jason Clarke) to stay at the house and assess Sarah, believing she is mentally unfit to remain in charge of the company. Eric is grieving from the death of his wife Ruby and is reliant on drugs. He arrives at the house and has a ghostly vision that he believes is a side-effect of the drugs he has taken. Later, he spots a ghost in the basement and witnesses a possessed Henry jump off the roof. Eric saves him.
The next day, Eric begins to conduct his assessment of Sarah's mental well-being. Sarah admits her fear of ghosts and believes she can help them move on. She reveals that she knows about Eric's drug problem and confiscates his supply of laudanum. That night, Eric witnesses a seemingly possessed Sarah draw a plan for a new room. He is startled by an entity and flees back to his room. The next day, Sarah shows Eric that she keeps records of people killed by Winchester rifles. It is revealed that Eric had actually been shot and killed by a Winchester rifle before being revived, and he keeps the refurbished bullet with him. Sarah explains how thirteen nails keep spirits sealed in rooms.

Who plays who in the Winchester movie?

Here is the full cast and characters of "Winchester" movie. Actors and actresses are sorted mostly in credits order.

When is Winchester movie release date?

What are Winchester filming details?

The duration of the film is 99 minutes. With a budget of $3.5 million, the film grossed over $46 million.

"Winchester" movie is rated "PG-13", according to the MPAA film rating system.

What are critics and audiences saying about Winchester movie?

"Winchester" movie got average rating from critics. IMDB rating is 5.4/10. Rotten Tomatoes rating is 13/100. The audience dislikes the film either. Audiences polled by CinemaScore gave the film an average grade of "B-" on a scale ranging from A+ to F.

More information and reviews on "Winchester" movie you can get on the following websites.

Winchester on IMDB is available at:

Winchester on Wikipedia is available at: