Is there a trailer for Toy Story 4 movie? 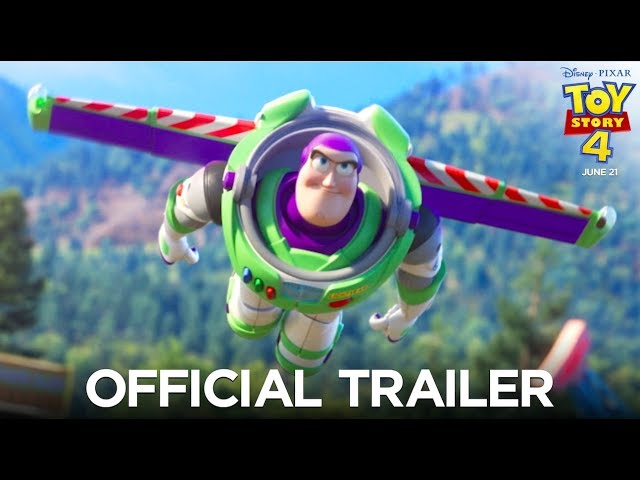 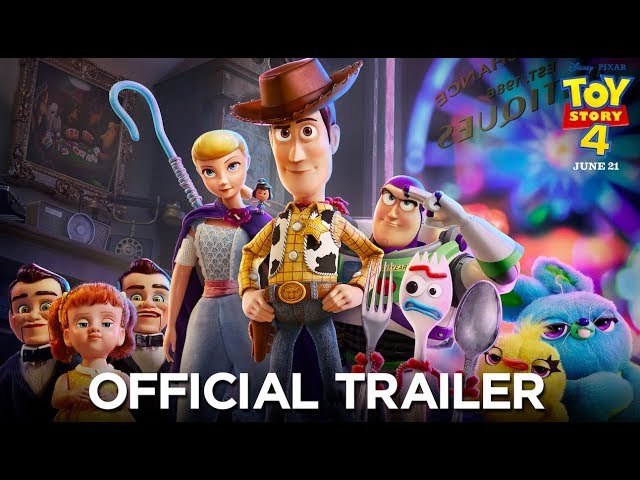 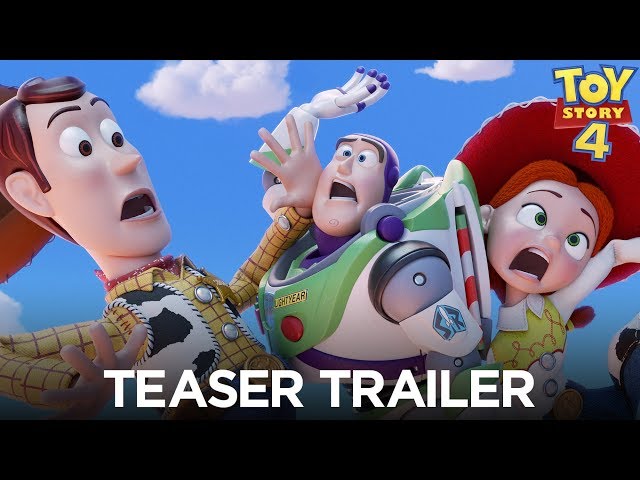 What is Toy Story 4 movie plot?

Between the events of Toy Story 2 and Toy Story 3, Woody (Tom Hanks) and Bo Peep (Annie Potts) rescue RC, Andy's remote control car, from being washed away in a storm. Moments later, Bo Peep and her lamp are donated to a new owner. A distraught Woody considers coming with her, but in the end, decides his duty is to stay with Andy.
Nine years later, after a college-bound Andy has donated his toys to Bonnie (Madeleine McGraw), Woody struggles to adapt, as the toys in Bonnie's room already have a leader, Dolly (Bonnie Hunt). Bonnie also shows little interest in playing with him. Woody still remains convinced Bonnie must need him, and sneaks into her backpack the day of her kindergarten orientation. When another child steals Bonnie's art supplies, Woody gathers objects from the trash and leaves them on Bonnie's table. Discovering them, Bonnie creates a doll from a spork and some other odds and ends, which she names Forky (Tony Hale). Forky comes to life, but suffers an existential crisis and keeps trying to jump into the trash. As Forky quickly becomes Bonnie's new favorite toy, Woody repeatedly has to stop him from throwing himself away.
When Bonnie's family goes on a road trip, Forky jumps out the window of the moving RV, and Woody does the same, despite Buzz Lightyear's protests. As they walk to the RV park, Woody finally convinces Forky that his place is with Bonnie. As they pass an antique store's window, Woody recognizes Bo Peep's lamp, and detours inside to find her. They encounter a talking doll named Gabby Gabby (Christina Hendricks) and her ventriloquist dummy friends. They immediately try to take Woody's voice box to replace Gabby's broken one, but Woody escapes the store, though Forky does not. At a playground, Woody reunites with Bo Peep and her sheep, who have deliberately become "Lost Toys", free from any one owner and able to do as they please. They agree to help Woody rescue Forky.

Who plays who in the Toy Story 4 movie cast?

Here is the full cast and characters of "Toy Story 4" movie. Actors and actresses are sorted mostly in credits order.

What are Toy Story 4 filming details?

"Toy Story 4" movie is rated "G", according to the MPAA film rating system.

What are critics and audiences saying about Toy Story 4 movie?

"Toy Story 4" movie got high rating from critics. IMDB rating is 7.7/10. Rotten Tomatoes rating is 97/100. Audiences polled by CinemaScore gave the film an average grade of "A" on a scale ranging from A+ to F.

More information and reviews on "Toy Story 4" movie you can get on the following websites.

Toy Story 4 on IMDB is available at:

Toy Story 4 on Wikipedia is available at: