Is there a trailer for Max 2: White House Hero movie? 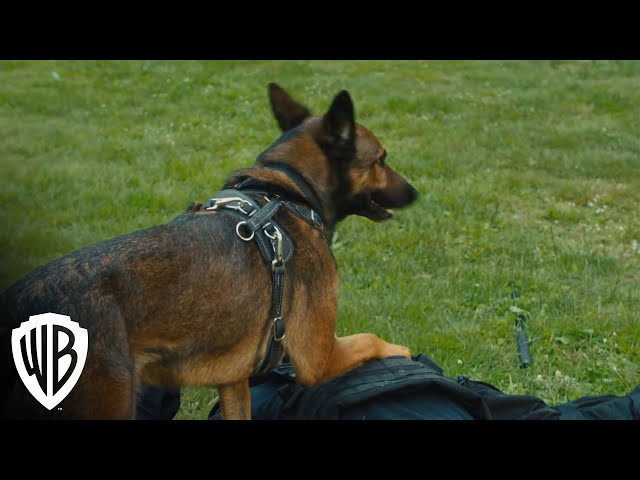 Max (Carlos) is assigned to the White House while Charlie, the Secret (Reese Alexander) Service dog, is on maternity leave. He meets TJ (Zane Austin), a 12-year-old boy, who is the President's son. Due to his father's high profile, he is trying hard to fit in and lead a normal life. During a state visit by the Russian Prime Minister and his daughter, Alexandra (Alex) (Francesca Capaldi), TJ is asked to accompany her, during their stay. TJ befriends Alex (Francesca Capaldi), but when they sneak out of the White House in an attempt to find a party thrown by some of TJ's new friends at school, two masked villains try to kidnap TJ and Alex.
Luckily for the kids, Max has also managed to sneak out of the White House, following TJ and Alex, and jumps in to save TJ. Max bites the ankle of one of the bandits and Alex and TJ are able to escape the kidnappers' clutches and run back to the White House, where they promptly get in hot water with their parents and the White House security detail. TJ and Alex form an unlikely alliance and start investigating the nefarious doings of all they suspect. As their many attempts at sleuthing backfire and a harrowing attempt at harming the First Lady is narrowly foiled by Max, the Secret Service finally persuades President Bennett to relieve Max of his duties.
After that incident, the Russian President declares to President Bennett, "If you cannot protect your children, how are you going to protect our children?" and decides to return to Moscow, cutting his visit short. A despondent TJ cannot sleep and while searching for an early morning snack in the kitchen discovers the truth about Chef Coop (Bradley Stryker). Coop locks TJ in the freezer and escapes. Meanwhile, Olga tricks Alex into following her into woods, so that Coop can abduct her.

Who plays who in the Max 2: White House Hero movie?

Here is the full cast and characters of "Max 2: White House Hero" movie. Actors and actresses are sorted mostly in credits order.

"Max 2: White House Hero" movie release date was scheduled to be on May 5, 2017, on May 9, 2017 and on July 27, 2017 (Germany) distributing by Metro-Goldwyn-Mayer (theatrical and Internet), Warner Bros. Pictures (home media), Warner Home Video, Kinostar Filmverleih, Orion Pictures and EuroVideo.

What are critics and audiences saying about Max 2: White House Hero movie?

More information and reviews on "Max 2: White House Hero" movie you can get on the following websites.

Max 2: White House Hero on IMDB is available at:

Max 2: White House Hero on Wikipedia is available at: