Here are "The Father" movie trailer, plot summary, full cast and characters, release date, streaming services and everything we know so far.

Is there a trailer for The Father movie?

Sony Pictures Classics on Monday, September 14, 2020 released the trailer for "The Father" you can watch here:
THE FATHER | Official Trailer (2020). 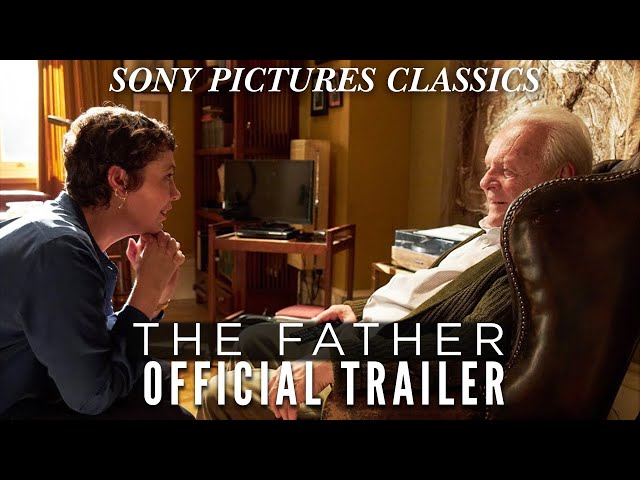 What is The Father movie plot?

Here is a short review of "The Father" movie plot summary.

Anne (Olivia Colman) visits her father Anthony (Anthony Hopkins) in his flat after he becomes belligerent with his recent caretaker. He has dementia and constantly forgets important life events and where things are around his flat, including his watch. He tells Anne he believes his caretaker stole his watch and that he will never move out of his flat. She tells Anthony she is moving to Paris to be with a man, which confuses Anthony since he doesn't recall any men in her life since the end of her marriage to James. Anne says that if he keeps refusing to have a carer, she will have to move him into a nursing home.
The next day, Anthony sees an unknown man, Paul (Rufus Sewell), and is confused by him living in his flat. Paul states that Anthony lives with him and Anne. Anne returns for dinner and appears as a different woman, confusing Anthony again. Anne schedules an interview with a new caretaker Laura (Imogen Poots). Anthony tells Laura he was a professional dancer and doesn't need any assistance. Anthony later says Laura reminds him of his other daughter Lucy, whom he hasn't talked to for months for reasons he is unaware of.
Anthony is taken to a doctor and asked about his memory. He claims he has no memory problems. Later, he tells Laura how proud he is of Lucy, a painter. She tells him she is sorry about Lucy's accident, which Anthony is unaware of. Over the course of the film, it is revealed that Anthony has really been living in Anne and Paul's flat for years, but believes he still lives in his own flat. After Anne comes home, she and Paul have an argument over a cancelled holiday to Italy due to Anthony's earlier behaviour toward the caretaker, and about Anne's sacrifices for her father. Paul asks Anthony how long he plans to stay in their flat and annoy everyone, and slaps him.

Who plays who in the The Father movie cast?

Here is the full cast and characters of "The Father" movie. Actors and actresses are sorted mostly in credits order.

When is The Father movie release date?

What are The Father filming details?

The duration of the film is 97 minutes. With a budget of $6 million, the film grossed over $10.4 million.

"The Father" movie is rated "PG-13", according to the MPAA film rating system.

What are critics and audiences saying about The Father movie?

More information and reviews on "The Father" movie you can get on the following websites.

The Father on IMDB is available at:

The Father on Wikipedia is available at: