Is there a trailer for Swallow movie?

IFC Films on Monday, January 27, 2020 released the trailer for "Swallow" you can watch here:
Swallow - Official Trailer I HD I IFC Films. 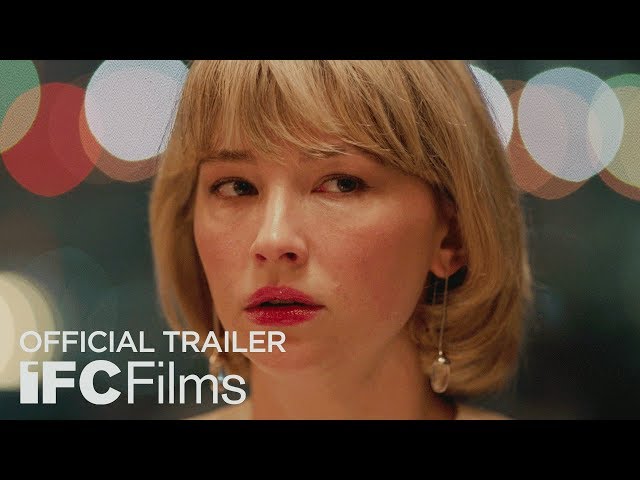 What is Swallow movie plot?

Here is a short review of "Swallow" movie plot summary.

Hunter (Haley Bennett), a young woman from a lower-working-class family, has recently married Richie (Austin Stowell), a man from a wealthy family who is set to take over as CEO of his father's Manhattan corporation. This affords Hunter the ability to stay at home in the couple's lavish upstate New York home. Despite this, Hunter finds herself emotionally stifled and isolated in both her marriage and domestic life, while Richie is distant and inconsiderate toward her. For example, at a dinner with Richie's parents to congratulate the young couple on their pregnancy, Hunter is enticed to tell a story, only to be interrupted by her father-in-law zoning out and asking Richie about business. One day while home alone, Hunter develops the impulse to eat a marble. She finds it exhilarating and begins to consume other inedible objects around the house, including thumbtacks, metal figurines, and batteries.
Hunter becomes pregnant and the sonogram technician notices an anomaly in her abdomen during the routine ultrasound. She is rushed in for emergency surgery to remove a variety of objects trapped in her intestine. Hunter is diagnosed with pica, a psychological disorder that compels individuals to eat inedible objects. Richie's parents, Katherine (Elizabeth Marvel) and Michael (David Rasche), arrange for her to see a psychiatrist in the city. During her therapy sessions, Hunter says she swallows the objects because she likes the feel of their textures in her mouth.
Richie hires Luay (Laith Nakli), a family friend and immigrant from Syria, to monitor Hunter while he is at work. Hunter, feeling smothered, is initially hostile toward Luay, who dismisses her mental illness as resulting from her privileged life. In therapy, she eventually reveals she was not raised by her biological father and has never met him, though she knows his name and keeps a picture of him. She was conceived as a result of her mother's rape at the hands of a strange man she had met in a bar. The rapist served time in prison for the crime.

Who plays who in the Swallow movie cast?

Here is the full cast and characters of "Swallow" movie. Actors and actresses are sorted mostly in credits order.

When is Swallow movie release date?

What are Swallow filming details?

"Swallow" movie is rated "R", according to the MPAA film rating system.

What are critics and audiences saying about Swallow movie?

More information and reviews on "Swallow" movie you can get on the following websites.

Swallow on IMDB is available at:

Swallow on Wikipedia is available at: