Is there a trailer for Dangerous Lies movie? 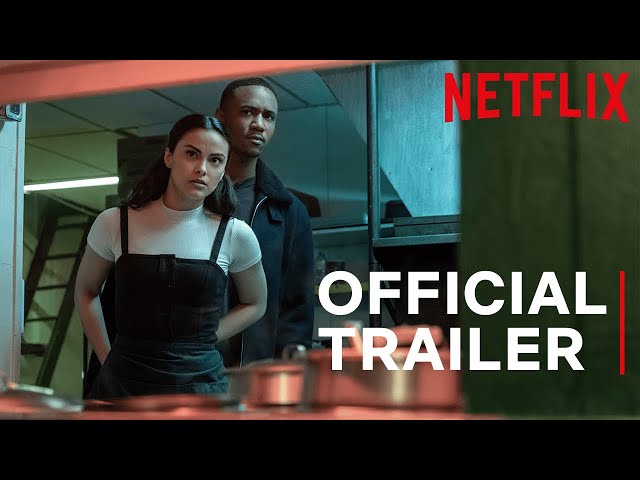 What is Dangerous Lies movie plot?

Katie (Camila Mendes) and Adam (Jessie T. Usher) are a young married couple struggling to pay their bills. Katie works as a waitress while Adam is studying. One night, an attempted robbery takes place in the diner where Katie works. Adam manages to fight off the robbers. Katie finds another job as a caregiver for Leonard, an elderly wealthy man who grows close to her. After she tells him about her financial struggles, Leonard insists on helping her out with money, but Katie asks him to give Adam a job instead as his gardener, which he does.
One day, a real estate agent, Hayden, appears and expresses interest in buying the house. When Katie tells him it's not for sale, Hayden starts to watch them closely. Soon after, Leonard writes Katie a $7,000 check. Katie does not want to accept it, but Adam convinces her to use the check to pay the bills that are due and pay back to Leonard the rest.
The next day, they arrive at Leonard's home to find him dead, leaving Katie devastated. The couple finds a large amount of cash in a trunk and, after a small dispute, agrees to keep it without notifying the police. At Leonard's funeral, they learn from his lawyer Julia (Jamie Chung) that Leonard's left them the estate and all his possessions.
They move into the house, but soon things begin to close in all around them. They are pursued by the highly motivated Hayden, who threatens Katie. At the same time, Detective Chesler (Sasha Alexander) becomes suspicious of Adam, starting to investigate Leonard's death and the robbery at the diner.
After talking to the detective, Katie becomes suspicious of Adam and confronts him. They realize that Ethan was Hayden's partner in crime, and Hayden killed him to get his share of the diamonds. Ethan, mortally wounded, fled to Leonard's house, where he died. Hayden knows the diamonds are hidden somewhere in the house and is eager to find them. They decide to flee together. While Adam is getting ready, Hayden shows up and holds Katie at gunpoint, asking for the diamonds.

Who plays who in the Dangerous Lies movie cast?

Here is the full cast and characters of "Dangerous Lies" movie. Actors and actresses are sorted mostly in credits order.

"Dangerous Lies" movie release date was scheduled to be on April 30, 2020 (United States) distributing by Netflix.

What are Dangerous Lies filming details?

What are critics and audiences saying about Dangerous Lies movie?

More information and reviews on "Dangerous Lies" movie you can get on the following websites.

Dangerous Lies on IMDB is available at:

Dangerous Lies on Wikipedia is available at: