Here are "Look Away" movie trailer, plot summary, full cast and characters, release date and everything we know so far.

Is there a trailer for Look Away movie?

Voltage Pictures on Thursday, April 04, 2019 released the trailer for "Look Away" you can watch here:
Look Away | Official Trailer HD | Voltage Pictures. 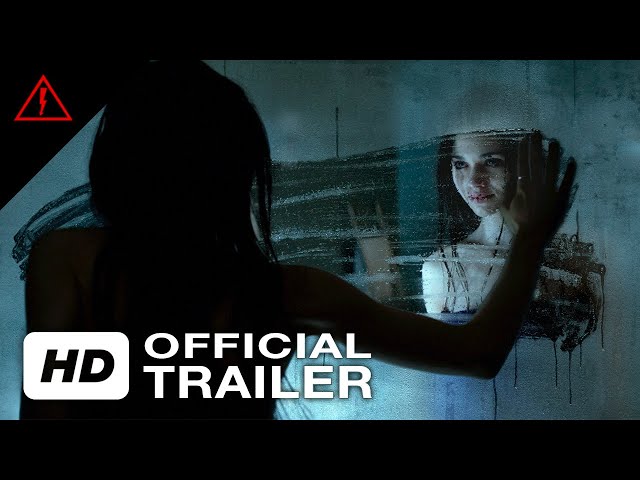 What is Look Away movie plot?

Here is a short review of "Look Away" movie plot summary.

17-year-old Maria Brennan (India Eisley) is a timid social outcast at her high school, where she is shunned by her peers and bullied by her schoolmate Mark (John C. MacDonald). Maria has only one friend, the unpleasant Lily (Penelope Mitchell); she also harbours a secret crush on Lily's boyfriend, Sean (Harrison Gilbertson). At home, Maria frequently suppresses her emotions with her parents: her distant father Dan (Jason Isaacs) is a philandering plastic surgeon and an obsessive perfectionist, and her mother Amy (Mira Sorvino), who suffers from depression and nightmares, lives in denial about her husband's affairs.
Maria accidentally discovers a sonogram of a pair of twins. Afterwards in the bathroom, her reflection begins to move on its own, terrifying Maria. Shaken, she attempts to discuss it with her parents the following morning; however, they brush her off and send her to school. After dreaming of her own birth, Maria's reflection begins talking to her, calling herself Airam, and telling Maria she can take her sadness away. Although physically identical, Airam is charismatic, assertive, and appears more beautiful than Maria. Maria asks who she is, and Airam simply says she has "always been here."
A series of tragedies then befall Maria: her father offers to give her an early birthday present; when she arrives at her father's office the next day to receive her gift as instructed, he tells her he's going to perform cosmetic surgery on her to fix her "flaws". Crushed, she begins to find solace in Airam's presence and support that make her confront her subconscious thoughts and inner feelings. Her mother Amy senses that something is wrong with Maria, but is repeatedly shut down by her husband. Lily then takes her for a skating lesson for the upcoming on-ice winter prom, but after Maria slips and is unable to get back up, Lily simply taunts her, before abandoning her on the ice. Airam again gives her comfort and encouragement. Finally, she is humiliated and physically assaulted by her bully Mark at the prom.

Who plays who in the Look Away movie?

Here is the full cast and characters of "Look Away" movie. Actors and actresses are sorted mostly in credits order.

When is Look Away movie release date?

What are Look Away filming details?

The duration of the film is 103 minutes. The film grossed over $1.1 million.

What are critics and audiences saying about Look Away movie?

"Look Away" movie got average rating from critics. IMDB rating is 5.9/10. Rotten Tomatoes rating is 17/100. But the audience likes the film.

More information and reviews on "Look Away" movie you can get on the following websites.

Look Away on IMDB is available at:

Look Away on Wikipedia is available at: