Here are "Brimstone" movie trailer, plot summary, full cast and characters, release date and everything we know so far.

Is there a trailer for Brimstone movie? 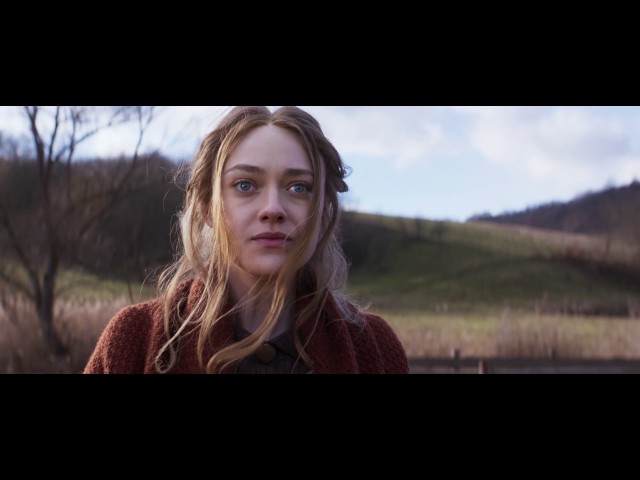 What is Brimstone movie plot?

Here is a short review of "Brimstone" movie plot summary.

The plot consists of four acts, which are presented in anachronic order. The chronological order is acts 3 (Genesis), 2 (Exodus), 1 (Revelation), 4 (Retribution). So, after the first act, Revelation, the following acts are what happened before and the fourth act is chronologically the last.
1. Revelation
Liz (Dakota Fanning) lives in the old west with her husband Eli (William Houston) and two children: Eli's son Matthew (Jack Hollington) from Eli's prior marriage, and Liz and Eli's young daughter Sam (Ivy George). Liz is a midwife who can hear but is mute, and so communicates through sign language. A new minister comes to their church, and the moment that Liz hears his voice, she seems to recognize him and is terrified. Later that day Liz is forced to choose between delivering a baby safely or saving its mother; she chooses to kill the baby and save the mother, without telling the mother until after the procedure is finished. Afterwards, the father, Nathan (Bill Tangradi), blames Liz. A drunken Nathan later shows up at Eli and Liz's house, violent and threatening; Nathan claims Liz is responsible for his son's death. In the middle of the fight, the Reverend shows up and tells Nathan to leave. He then goes into Eli's house and has a mysterious talk with Liz, saying she is guilty of the murder of Nathan's son and must be punished. As Eli overhears some of the conversation, the Reverend leaves the house. Later Eli's sheep are found killed, and he seeks out Nathan, who has since disappeared. Liz later sneaks off at night to kill the Reverend, but finds her daughter's doll in the Reverend's bed instead. Meanwhile, the Reverend disembowels Eli, and leaves him to die in his barn. As he is dying, Eli tells Matthew to take the family up into the mountains to Eli's father, before the boy shoots him. Liz and the children flee the farm.

Who plays who in the Brimstone movie?

Here is the full cast and characters of "Brimstone" movie. Actors and actresses are sorted mostly in credits order.

When is Brimstone movie release date?

What are Brimstone filming details?

"Brimstone" movie is rated "R", according to the MPAA film rating system.

What are critics and audiences saying about Brimstone movie?

"Brimstone" movie got average rating from critics. IMDB rating is 7.1/10. Rotten Tomatoes rating is 42/100. But the audience kinda likes the film.

More information and reviews on "Brimstone" movie you can get on the following websites.

Brimstone on IMDB is available at:

Brimstone on Wikipedia is available at: