Is there a trailer for Apostle movie? 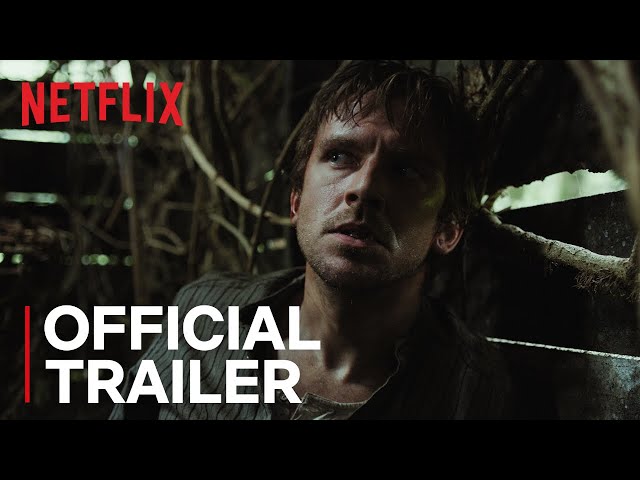 What is Apostle movie plot?

Here is a short review of "Apostle" movie plot summary.

In 1905, Thomas Richardson (Dan Stevens) travels to a remote Welsh island to rescue his sister, Jennifer, who has been kidnapped and held for ransom by a mysterious cult. Posing as a convert, Thomas encounters the leader, Malcolm Howe (Michael Sheen), who founded the cult with two other convicts, Frank (Paul Higgins) and Quinn (Mark Lewis Jones). They claim that the barren island was rendered fertile through blood sacrifice. Thomas discovers Frank's son Jeremy (Bill Milner) and Quinn's daughter Ffion (Kristine Froseth) sneaking home after a tryst. He forces Jeremy to admit that Jennifer was kidnapped for ransom, as the cult does not have the resources to pay for the continuous animal sacrifices needed to maintain the island's fertility.
One of the newcomers attempts to assassinate Malcolm, but Thomas intervenes and is wounded. The same night, Malcolm parades Jennifer through the village, claiming she will be killed if her co-conspirator does not come forward. Thomas flees from an old woman who chases him, and escapes to a beach cave covered in markings, indicating the presence of a deity. Malcolm visits a barn where the old woman who is, in fact, the island's deity, is imprisoned in tree roots; he reprimands her for appearing to Thomas before feeding her his blood, causing the vegetation imprisoning her to bloom. Thomas tells Malcolm's daughter Andrea (Lucy Boynton) that he was a Christian missionary who was persecuted in Peking during the Boxer Rebellion for introducing Christianity to China, and lost his faith as a result. She takes him to a shack in a wheat field to hide.
Ffion reveals to Jeremy that she is pregnant and the pair decide to elope. However, Quinn murders Ffion in a forced abortion. Jeremy stabs Quinn and guards capture him. Quinn frames Jeremy for Ffion's murder and uses a "purification" ritual to murder him. Quinn calls Malcolm a false prophet and demands that he prove himself by killing Thomas. Frank, enraged by the death of his son, attacks Quinn, allowing Thomas to escape.

Who plays who in the Apostle movie cast?

Here is the full cast and characters of "Apostle" movie. Actors and actresses are sorted mostly in credits order.

When is Apostle movie release date?

"Apostle" movie release date was scheduled to be on September 21, 2018 (Fantastic Fest) and on October 12, 2018 distributing by Netflix.

What are Apostle filming details?

What are critics and audiences saying about Apostle movie?

More information and reviews on "Apostle" movie you can get on the following websites.

Apostle on IMDB is available at:

Apostle on Wikipedia is available at: