Here are "The 15:17 to Paris" movie trailer, plot summary, full cast and characters, release date, streaming services and everything we know so far. 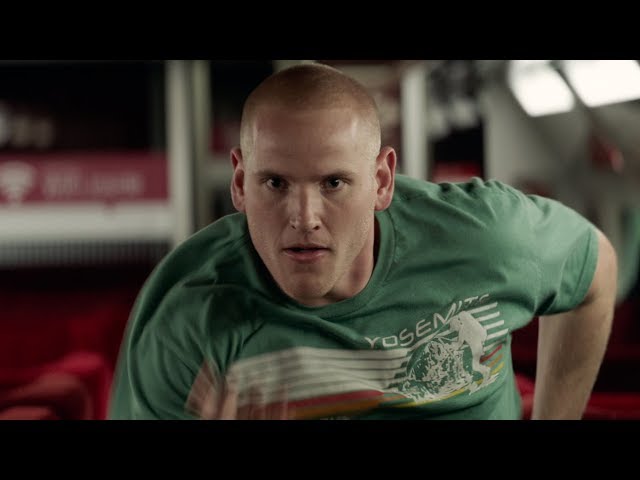 Spencer Stone and Alek Skarlatos are attending a suburban Christian middle school. They bond over their interest in guns, and are often sent to the principal's office for disciplinary action. Once, while sent to the principal's office, they meet another student, who often misbehaves in school, Anthony Sadler, and the three become friends. Spencer and Alek are from single-mother homes, and their mothers often stick up for them when called to the principal's office regarding their misconduct.
While working part time at a smoothie shop, Spencer waits on a recruiter for the United States Marine Corps (Sinqua Walls). He asks the recruiter what military branch he would select if he could go back. The recruiter replies that the Air Force pararescue save lives and "seem to being doing fine work in the field." Spencer is intrigued and decides that he wants to join up. So he begins working out to lose some extra weight. After several months of rigorous training and exercise, he gets into much better shape and enlists in the Air Force in hopes of becoming a Pararescueman.
Upon completing basic training, Spencer takes his exams to qualify for pararescue school. But having poor depth perception, he is turned down. Upset, he chooses from the other Air Force options left to him, and is soon stationed abroad. His friend, Alek, enlisted in the Army, and has been deployed to Afghanistan. On Skype, Alek tells him that he is planning to visit his girlfriend in Germany, and the two decide to rendezvous there for their next leave. Spencer skypes Anthony, now a college student, and talks him into coming to Europe for a vacation, visiting Italy. Afterwards, the three meet in Germany and decide to go to Amsterdam. After a few days there, they finally decide to visit France after deliberation. They depart from Amsterdam Centraal station on the 15:17 train to Paris.

Here is the full cast and characters of "The 15:17 to Paris" movie. Actors and actresses are sorted mostly in credits order.

What are The 15:17 to Paris filming details?

What are critics and audiences saying about The 15:17 to Paris movie?

"The 15:17 to Paris" movie got average rating from critics. IMDB rating is 5.3/10. Rotten Tomatoes rating is 23/100. The audience dislikes the film either. Audiences polled by CinemaScore gave the film an average grade of "B-" on a scale ranging from A+ to F.

More information and reviews on "The 15:17 to Paris" movie you can get on the following websites.

The 15:17 to Paris on Wikipedia is available at: