Here are "Set It Up" movie trailer, plot summary, full cast and characters, release date and everything we know so far.

Is there a trailer for Set It Up movie?

Netflix on Tuesday, May 15, 2018 released the trailer for "Set It Up" you can watch here:
Set It Up | Official Trailer | Netflix. 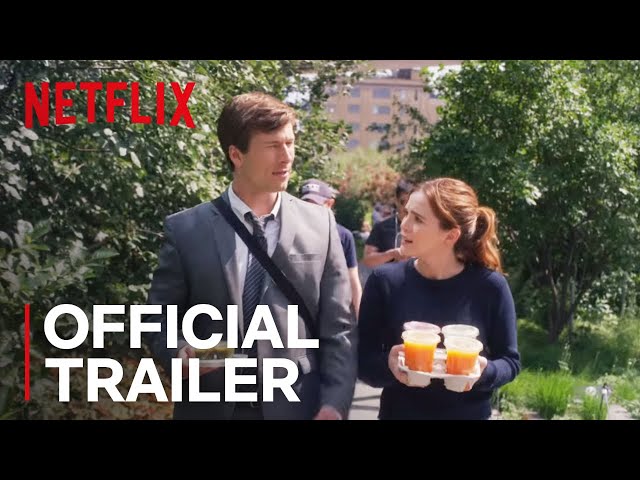 What is Set It Up movie plot?

Here is a short review of "Set It Up" movie plot summary.

Harper Moore (Zoey Deutch) is the 25-year-old assistant to Kirsten Stevens (Lucy Liu), a former journalist and now editor of an online sports journalism empire. Charlie Young (Glen Powell) is a 28-year-old assistant to the high-strung venture capitalist Rick Otis (Taye Diggs). Both work in the same building and meet one night when their bosses need dinner. Harper has ordered dinner for herself and Kirsten but has no cash on her to pay for it and Charlie, who was not able to order dinner for his boss, pays for it to give to Rick. After Harper tells him she will be fired if she does not return with food Charlie reluctantly allows her to take one of the meals.
Meeting Charlie the next day to reimburse him for the cost of the food, Harper expresses surprise that Charlie would work for such an abrasive and demanding boss. Charlie reveals that Rick is well-connected and a recommendation from him would guarantee his financial success. Harper expresses her deep admiration of Kirsten and her desire to write the sort of sports journalism that would make people cry. After complaining that they have no time for personal lives, Harper jokes that both of their bosses need to get laid. Charlie is initially disgusted by the comment, but after some thought Harper plans to get their bosses together, reasoning if they are dating each other they would have less time to overwork them. Charlie reluctantly joins in on the plan.
Their initial plot to have Rick and Kirsten "meet-cute" in a stalled elevator goes awry when they are joined by a delivery man suffering from claustrophobia who starts stripping. Charlie and Harper then arrange for their bosses to sit beside each other at a baseball game, bribing the operator of the kiss-cam to pressure them into kissing. After three attempts, Rick and Kirsten kiss. They begin dating, leaving Charlie time to spend with his model girlfriend Suze (Joan Smalls), and Harper time to date.

Who plays who in the Set It Up movie?

Here is the full cast and characters of "Set It Up" movie. Actors and actresses are sorted mostly in credits order.

When is Set It Up movie release date?

What are Set It Up filming details?

What are critics and audiences saying about Set It Up movie?

"Set It Up" movie got high rating from critics. IMDB rating is 6.5/10. Rotten Tomatoes rating is 92/100. The audience also likes the film.

More information and reviews on "Set It Up" movie you can get on the following websites.

Set It Up on IMDB is available at:

Set It Up on Wikipedia is available at: