Here are "The Mule" movie trailer, plot summary, full cast and characters, release date, streaming services and everything we know so far.

Is there a trailer for The Mule movie? 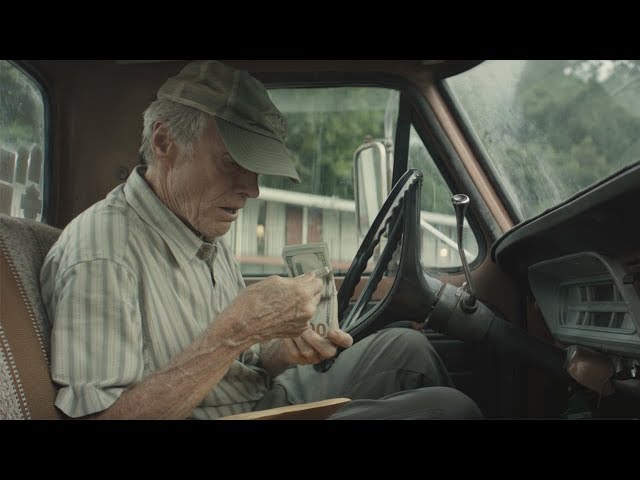 What is The Mule movie plot?

Here is a short review of "The Mule" movie plot summary.

In 2005 in Peoria, Illinois, Earl (Clint Eastwood) misses his daughter Iris' wedding in order to attend an Horticultural awards ceremony that results in his estrangement from Iris (Alison Eastwood) and his eventual divorce from his wife Mary (Dianne Wiest).
Twelve years later, Earl's house is foreclosed on by the bank and the homeless 80 year old Earl visits his granddaughter Ginny (Taissa Farmiga) in order to attend her wedding rehearsal. While there he is spotted by a member of a drug cartel who recognizes the use Earl would have for the cartel as a mule. Earl accepts the offer and becomes a "mule" transporting cocaine through Illinois for a Mexican drug cartel. Facing little suspicion due to his age, race, spotless criminal history, and strict adherence to driving laws, Earl is soon trusted with huge amounts of drugs and is paid large amounts of cash. Over time Earl gets more involved with the cartel and becomes one of their best mules. With the money he buys a new truck, saves his home from foreclosure and even pays for renovations of the local VFW Post (which had been damaged in a fire). Finally Earl pays for Ginny's wedding and college education.
Earl becomes known to the cartel members and is given the nickname "Tata" (grandfather).
Meanwhile, Agent Colin Bates (Bradley Cooper) moves to the Chicago DEA office and is assigned Agent Trevino as his partner. They are tasked with narrowing in on the cartel's deliveries to Chicago. Bates and Trevino find an informant from within the Cartel and start looking for TaTa.
The Cartel leader Laton is overjoyed with Earl's success and invites him to a party. Earl mistakenly believes the cartel to be friends. Later things take a turn for Earl when Laton is assassinated and replaced by Gustavo (Clifton Collins Jr.). Gustavo is more bloodthirsty and controlling than Laton and demands Earl be kept under tighter control.

Who plays who in the The Mule movie cast?

Here is the full cast and characters of "The Mule" movie. Actors and actresses are sorted mostly in credits order.

When is The Mule movie release date?

"The Mule" movie is rated "R", according to the MPAA film rating system.

What are critics and audiences saying about The Mule movie?

"The Mule" movie got high rating from critics. IMDB rating is 7/10. Rotten Tomatoes rating is 70/100. The audience also likes the film. Audiences polled by CinemaScore gave the film an average grade of "A-" on a scale ranging from A+ to F.

More information and reviews on "The Mule" movie you can get on the following websites.