Here are "Roma" movie trailer, plot summary, full cast and characters, release date and everything we know so far.

Is there a trailer for Roma movie?

Netflix Film Club on Thursday, December 13, 2018 released the trailer for "Roma" you can watch here:
Roma | Yalitza and Marina Talk About the Power of Women | Netflix. 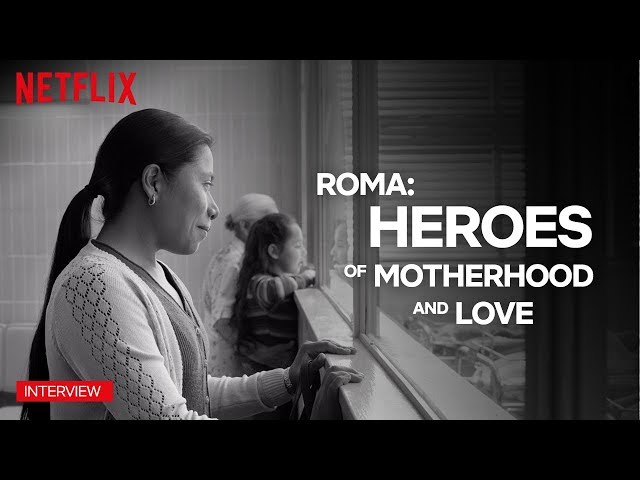 What is Roma movie plot?

Here is a short review of "Roma" movie plot summary.

In 1970, Cleodegaria "Cleo" Gutiérrez (Yalitza Aparicio) is an indigenous live-in maid in an affluent household in the Colonia Roma neighborhood of Mexico City. She and another maid, Adela (Nancy García García), speak Mixtec when they are together, but Spanish in the presence of the family: matriarch Sofía; her husband, Antonio; her mother Teresa; and their four young children. When Antonio (Fernando Grediaga), a doctor, remains in Quebec after a conference, the problems in his and Sofia's marriage become apparent.
When Cleo tells her boyfriend Fermín (Jorge Antonio Guerrero) that she thinks she is pregnant, he abandons her at a movie theatre. Sofía (Marina de Tavira) takes her to get checked at the hospital where they confirm her pregnancy. She then takes Cleo and the children to a family friend's hacienda for New Year's. Both the landowners and the workers mention recent tensions over land in the area. During the celebrations, a fire erupts in the forest and everyone works together to extinguish it.
Back in the city, Cleo and Teresa see Antonio and his new, younger girlfriend at a movie theatre. Sofía tries to conceal her husband's infidelity from the children, but her second son later learns the truth by eavesdropping. Cleo tracks down Fermín, who refuses to acknowledge that the baby is his. He threatens to beat her and their child if they try to find him again.
With the baby almost due, Teresa takes Cleo shopping for a crib. The store is overrun by a battle between student protestors and the paramilitary group Los Halcones (The Hawks). The gunmen kill one demonstrator, and Fermín, who is a member of Los Halcones, holds a gun on Cleo before fleeing.

Who plays who in the Roma movie?

Here is the full cast and characters of "Roma" movie. Actors and actresses are sorted mostly in credits order.

When is Roma movie release date?

What are Roma filming details?

"Roma" movie is rated "R", according to the MPAA film rating system.

What are critics and audiences saying about Roma movie?

"Roma" movie got high rating from critics. IMDB rating is 7.7/10. Rotten Tomatoes rating is 95/100. The audience also likes the film.

More information and reviews on "Roma" movie you can get on the following websites.

Roma on IMDB is available at:

Roma on Wikipedia is available at: