Is there a trailer for Crazy Rich Asians movie? 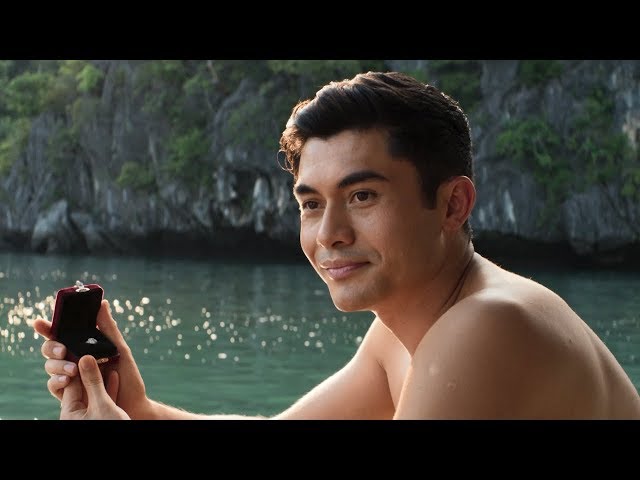 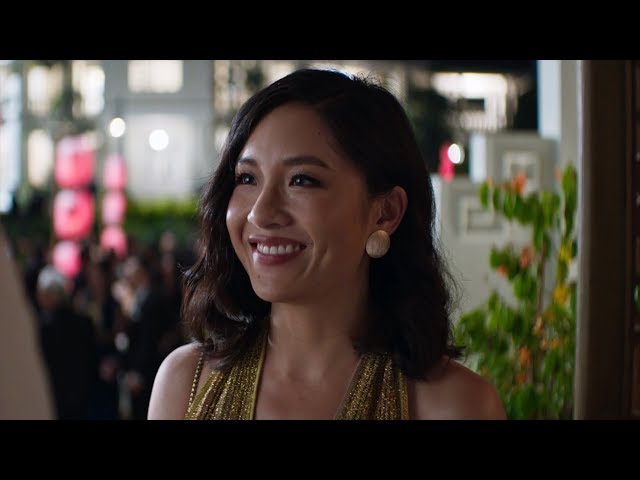 Nick Young (Henry Golding) and his girlfriend Rachel Chu (Constance Wu), an economics professor at New York University and New York native, travel to Singapore for the marriage of his best friend Colin. In Singapore, Rachel meets Colin and later asks her boyfriend why they are staying at a hotel and not with his family. Nick lies and says he wants to keep her to himself a little while longer. In fact, his mother had made it clear his new girlfriend was unwelcome.
Rachel visits her college roommate Peik Lin (Awkwafina) and her wealthy family, who are shocked when she tells them whom she is dating. Peik Lin reveals that Nick's family are 'old money' and extremely wealthy (the eponymous "crazy rich Asians") and thus akin to royalty in Singapore.
At a dinner party at the Young estate, Nick introduces Rachel to his mother Eleanor, while his cousin Astrid (Gemma Chan) discovers that her husband Michael, who comes from a more humble background than the Youngs, has been having an affair. Rachel senses that Eleanor dislikes her.
At the bachelorette party for Araminta, the bride, Rachel meets Amanda, who reveals she is Nick's former girlfriend and confirms that Rachel may face rejection by the Youngs due to her modest background. Rachel finds her hotel room vandalized by the other girls, who deem her a gold-digger, but is comforted by Astrid. In parallel, Nick attends Colin's bachelor party and reveals to Colin his plan to propose to Rachel. Colin expresses his concern about the potential conflicts this could cause: in addition to their class difference, Nick is expected to stay in Singapore and run his family's corporation, whereas Rachel loves her job in New York.

Who plays who in the Crazy Rich Asians movie cast?

Here is the full cast and characters of "Crazy Rich Asians" movie. Actors and actresses are sorted mostly in credits order.

What are critics and audiences saying about Crazy Rich Asians movie?

"Crazy Rich Asians" movie got high rating from critics. IMDB rating is 6.9/10. Rotten Tomatoes rating is 91/100. The audience also likes the film. Audiences polled by CinemaScore gave the film an average grade of "A" on a scale ranging from A+ to F.

More information and reviews on "Crazy Rich Asians" movie you can get on the following websites.

Crazy Rich Asians on IMDB is available at:

Crazy Rich Asians on Wikipedia is available at: