Here are "The Foreigner" movie trailer, plot summary, full cast and characters, release date, streaming services and everything we know so far.

Is there a trailer for The Foreigner movie?

STXfilms on Wednesday, September 13, 2017 released the trailer for "The Foreigner" you can watch here:
The Foreigner | Final Trailer | Own it on Digital HD Now, Blu-ray & DVD. 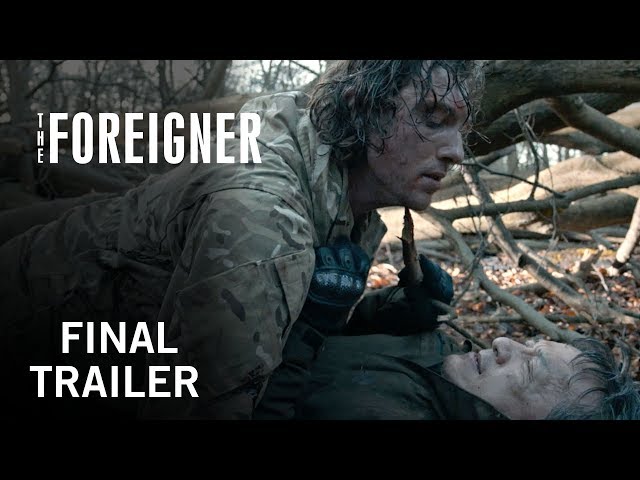 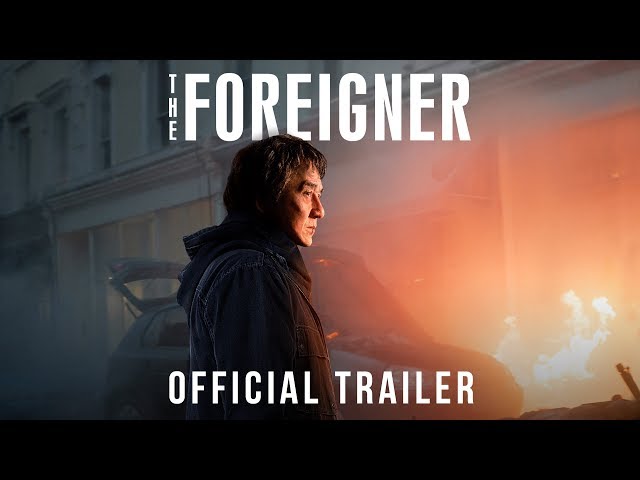 What is The Foreigner movie plot?

Here is a short review of "The Foreigner" movie plot summary.

Ngoc Minh Quan (Jackie Chan), a widowed former Vietnam War special operations forces soldier, runs a Chinese restaurant in London with his business partner Lam (Tao Liu) and his teenage daughter Fan (Katie Leung). When Fan is killed in a terrorist bombing, Quan seeks revenge. An Irish republican group calling itself the "Authentic IRA" claims responsibility. Quan takes to visiting Scotland Yard daily, asking for names of the bombers, but is told by police chief Commander Bromley that his repeated visits are diverting resources away from the investigation. Bromley advises Quan to be patient and warns him against going after the IRA. Undeterred, Quan takes matters into his own hands and focuses next on the Northern Ireland deputy First Minister and Sinn Féin politician Liam Hennessy (Pierce Brosnan), who speaks publicly about his status as a former Provisional IRA leader while outwardly claiming to condemn the attack. Quan purchases items to make homemade weapons and travels to Belfast, leaving the restaurant under Lam's control.
Quan seeks out Hennessy at his office but Hennessy claims to have no knowledge of the bombing or its perpetrators before ejecting him from the premises. Quan does not believe him, and first sets off a homemade bomb in Hennessy's building before leaving a fake explosive on Hennessy's car as warnings, threatening worse unless he gets the bombers' names. Hennessy tells his men to find Quan and stop him. Under pressure from the British government and hoping to shore up his political position ahead of upcoming Northern Irish Assembly elections, Hennessy tries to identify the culprits with help from his contacts. He orders that known IRA weapons dumps be searched for missing explosives, but the Authentic IRA catches on and outwits him. Quan observes Hennessy with his mistress, Maggie (Charlie Murphy), and photographs them kissing in a restaurant. Hennessy's men find Quan at his guesthouse but he fights them off and escapes.

Who plays who in the The Foreigner movie cast?

Here is the full cast and characters of "The Foreigner" movie. Actors and actresses are sorted mostly in credits order.

When is The Foreigner movie release date?

What are The Foreigner filming details?

"The Foreigner" movie is rated "R", according to the MPAA film rating system.

What are critics and audiences saying about The Foreigner movie?

"The Foreigner" movie got high rating from critics. IMDB rating is 7/10. Rotten Tomatoes rating is 65/100. The audience also likes the film. Audiences polled by CinemaScore gave the film an average grade of "A-" on a scale ranging from A+ to F.

More information and reviews on "The Foreigner" movie you can get on the following websites.

The Foreigner on IMDB is available at:

The Foreigner on Wikipedia is available at: