Here are "Satanic Panic" movie trailer, plot summary, full cast and characters, release date and everything we know so far.

Is there a trailer for Satanic Panic movie? 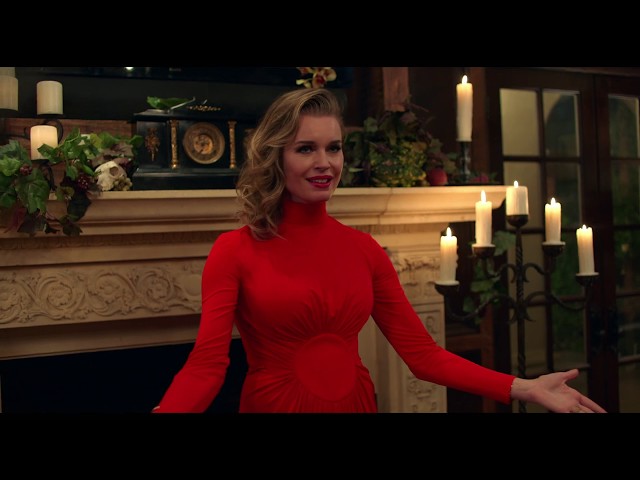 What is Satanic Panic movie plot?

Samantha 'Sam' Craft's first day as a pizza delivery girl is going poorly, as customers aren't giving her tips. When she is assigned a delivery in the affluent Mill Basin neighborhood, she is hopeful that her luck will change. However, the delivery recipient, Gary Neumieir (Michael Polish), also stiffs Sam on a tip. Frustrated and needing gas money, Sam enters the mansion to demand a tip. Inside, she inadvertently interrupts the secret gathering of a satanic coven led by Danica Ross (Rebecca Romijn). The coven, which includes Gary Neumieir and his wife Gypsy (Arden Myrin), capture Sam after they realize she is a virgin.
Sam awakens to find herself held captive with Danica's disgruntled husband, Samuel. Samuel explains that the coven plans to summon the demon Baphomet but needs a virgin's womb to do so. After Sam reveals that she is a virgin, Samuel says that he can save their lives by taking her virginity and tries to sexually assault her. Sam fights back. Samuel pulls a gun but accidentally fatally shoots himself as Sam escapes outside.
Sam flees down the street to another mansion, where her pleas for help are answered by a babysitter, Kristen. However, Sam soon discovers that the babysitter is in league with the coven. Fleeing upstairs, Sam encounters Kristen's sister Michelle, who attacks Sam with a strap-on dildo drill. Sam avoids the attack and Michelle accidentally impales her sister, before electrocuting herself when the drill punctures wiring in a wall.
Sam hears cries for help from a bedroom, and she enters to find Judi Ross (Ruby Modine), the daughter of coven leader Danica, hogtied on the bed. Danica had originally intended Judi to be the coven's virginal sacrifice, but after discovering that Judi had had sex to avoid this fate, Danica ordered Judi to be killed. Sam frees Judi and calls 911, but the call redirects to the coven, so the girls again flee.

Who plays who in the Satanic Panic movie?

Here is the full cast and characters of "Satanic Panic" movie. Actors and actresses are sorted mostly in credits order.

"Satanic Panic" movie release date was scheduled to be on May 31, 2019 (Overlook Film Festival) and on September 6, 2019 (United States) distributing by RLJE Films and CINESTATE.

What are Satanic Panic filming details?

What are critics and audiences saying about Satanic Panic movie?

More information and reviews on "Satanic Panic" movie you can get on the following websites.

Satanic Panic on IMDB is available at:

Satanic Panic on Wikipedia is available at: