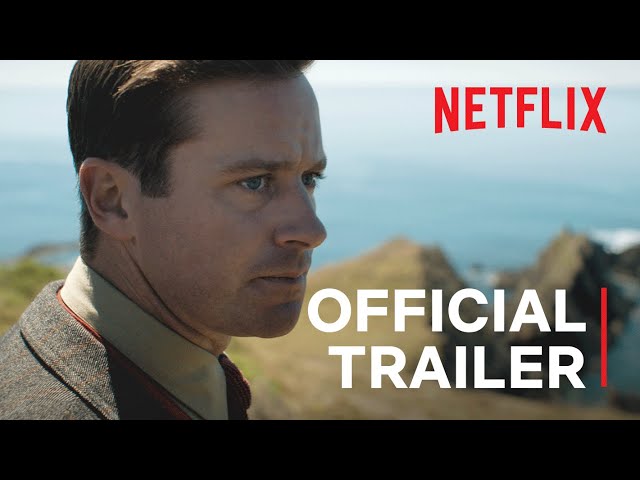 While working for Mrs. Van Hopper (Ann Dowd), in Monte Carlo, a young woman becomes acquainted with Maxim de Winter (Armie Hammer), a recent widower. After a brief courtship, they become engaged. They marry and then head to his mansion in England, Manderley. She meets Mrs. Danvers (Kristin Scott Thomas), the housekeeper, who was devoted to his first wife, Rebecca, who died in a boating accident. The staff and Maxim's friends also were fond of Rebecca. Mrs. Danvers emphasizes the new Mrs. de Winter's inferiority by comparison. Jack Favell (Sam Riley), Rebecca's cousin comes to visit, saying that Mrs. Danvers invited him. Learning of this infuriates Maxim, who banned Favell from the grounds, and accuses Mrs. de Winter (Lily James) of infidelity which she denies. She confronts Mrs. Danvers for conspiring against her by inviting Favell, demanding her resignation. Mrs. Danvers insists Favell was lying.
The two begin working amiably together, with Mrs. Danvers assisting Mrs. de Winter in reviving the Manderley Costume Ball. Mrs. Danvers suggests that Mrs. de Winter choose a dress of a de Winter ancestor. When she wears the dress, guests are shocked and Maxim is furious. Mrs. de Winter learns that Rebecca wore the dress the previous year. Realizing that Mrs. Danvers had manipulated her and believing that Maxim now regrets their marriage, she flees. Mrs. Danvers reveals her contempt for the new Mrs. de Winter, believing she is trying to replace Rebecca. She tries to convince Mrs. de Winter to jump to her death from the window. However, she is thwarted by a nearby shipwreck brought from the storm. The ship is Rebecca's and her decomposed body is discovered on board.

"Rebecca" movie release date was scheduled to be on October 16, 2020 (United Kingdom) distributing by Netflix and TriPictures.