Is there a trailer for Wonder Woman: Bloodlines movie? 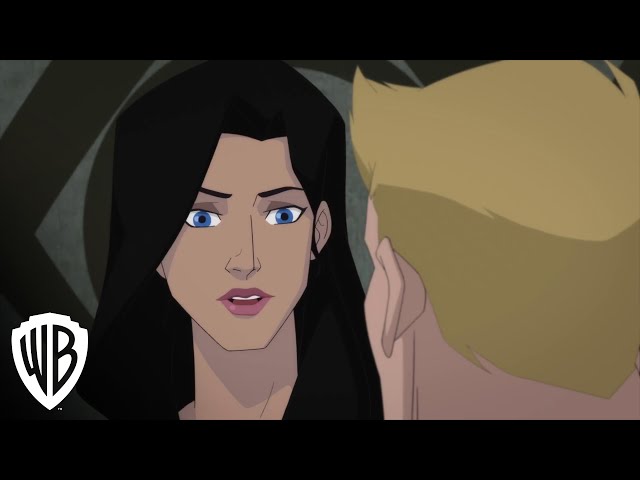 In 2014, Princess Diana of Themyscira - home island of the warrior race the Amazons - rescues US pilot Captain Steve Trevor (Jeffrey Donovan) from a Parademon attack. Diana treats Steve with a purple healing ray before he is taken prisoner by Diana's mother Queen Hippolyta (Cree Summer) due to Diana breaking the island's "no men law". However, Diana breaks Steve out and sees an omen about an otherworldly invasion facilitated by his arrival. When Hippolyta demands Steve's re-incarceration, Diana defies her before leaving to protect man's world, prompting Hippolyta to disown her own daughter. Diana and Steve arrive in Washington, D.C. where Etta Candy (Adrienne C. Moore) takes them to geologist Julia Kapatelis (Nia Vardalos). While there, Diana meets Julia's daughter Vanessa, who grows jealous of Diana when her mother spends more time with Diana than her. Diana decides to stay in man's world and protect it as the superheroine "Wonder Woman". Five years later, Julia requests help from Diana and Steve to find Vanessa, who has stolen an artifact from her superior Veronica Cale (Constance Zimmer) and plans to trade it with the villainous Doctor Poison. Diana, Steve and Julia intervene but are confronted by Poison's soldiers led by Giganta, who injects herself with an enchantment serum, but is ultimately defeated. During the battle, however, Julia is fatally shot in a crossfire as Poison escapes with the artifact. Vanessa blames Diana for her mother's death before fleeing.
While visiting her mother's grave, Vanessa is recruited by Doctor Poison and Doctor Cyber, who transform Vanessa into Silver Swan (Marie Avgeropoulos). Meanwhile, Diana and Steve locate Poison in Qurac. The two travel there using a stealth jet provided by Etta. Upon arrival, they are attacked by Silver, who Diana realises is Vanessa and is defeated while Poison escapes with a prototype bioweapon. Diana and Steve take the unconscious Vanessa to Cale Pharmaceuticals. While there, Diana believes the purple healing ray can reverse Vanessa's transformation, but doesn't remember the location of Themyscira due to a mystic block. Cale reveals to Diana and Steve she has been researching the island as a side project and informs Diana that she must drink water from a fountain located at the temple of Pasiphaë to regain her knowledge of the location.

Who plays who in the Wonder Woman: Bloodlines movie?

Here is the full cast and characters of "Wonder Woman: Bloodlines" movie. Actors and actresses are sorted mostly in credits order.

What are critics and audiences saying about Wonder Woman: Bloodlines movie?

More information and reviews on "Wonder Woman: Bloodlines" movie you can get on the following websites.

Wonder Woman: Bloodlines on IMDB is available at:

Wonder Woman: Bloodlines on Wikipedia is available at: