Is there a trailer for Red Joan movie? 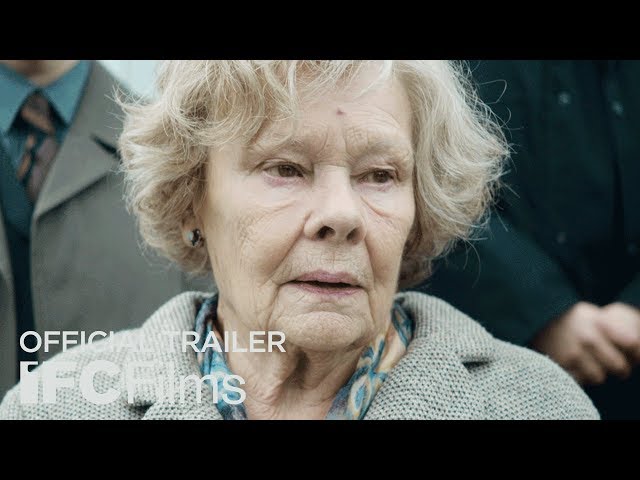 What is Red Joan movie plot?

The young Joan Smith is studying physics at Cambridge University. She becomes involved with Communists and radical politics through her friends, Sonya (Tereza Srbova) and Leo Galich (Tom Hughes), German Jews. Sonya and Leo Galich are cousins, but the former grew up with the latter after she was orphaned and their relationship is more like that of a brother and a sister. Through Sonya, Smith meets and falls in love with the intense intellectual, Leo.
Joan is recruited to work for the wartime Tube Alloys project to build an atomic bomb for Britain and meets the scientist, Max. Leo tries to recruit Joan to spy for the Soviet Union, but she rejects his appeal and ends her relationship with him, accusing him of using her. Joan falls in love with Max, but their relationship ends when Max tells her that he wants Joan as his wife, not his mistress, but, because of Britain's strict divorce laws, he is unable to divorce his wife. In 1945, Joan is appalled by the atomic bombings of the Japanese cities of Hiroshima and Nagasaki, and is frightened when it is suggested that Britain develop its own atomic bombs to possibly use against the Soviet Union. Joan contacts the Galiches to provide information about the British nuclear programme to the Soviet Union.
In an atmosphere of Cold War suspicion and paranoia, Joan finds her work increasingly difficult. After she again accuses Leo of using her, he dies, apparently a suicide, although it is later suggested he was murdered. Sonya flees Britain and Joan learns that Sonya's child was Leo's. The revelation of this relationship between the Galiches adds to Joan's sense of betrayal, and she returns to Max. After the Soviet Union explodes its first atomic bomb in 1949, Max is arrested by Scotland Yard and is charged with espionage for the Soviet Union. Joan visits Max in prison where he informs her that his wife has agreed to a divorce. Joan in turn tearfully confesses to Max that she provided the intelligence that led to his being charged, but he forgives her. Joan blackmails Sir William Mitchell (Freddie Gaminara), a high-ranking diplomat who is really a Soviet spy, to help Max. As a result, Max is released from prison. Joan and Max go to Australia, but return to Britain at some point.

Who plays who in the Red Joan movie cast?

Here is the full cast and characters of "Red Joan" movie. Actors and actresses are sorted mostly in credits order.

What are Red Joan filming details?

"Red Joan" movie is rated "R", according to the MPAA film rating system.

What are critics and audiences saying about Red Joan movie?

"Red Joan" movie got average rating from critics. IMDB rating is 6.4/10. Rotten Tomatoes rating is 30/100. But the audience kinda likes the film.

More information and reviews on "Red Joan" movie you can get on the following websites.

Red Joan on IMDB is available at:

Red Joan on Wikipedia is available at: