Here are "Out of Blue" movie trailer, plot summary, full cast and characters, release date and everything we know so far.

Is there a trailer for Out of Blue movie?

IFC Films on Monday, February 11, 2019 released the trailer for "Out of Blue" you can watch here:
Out of Blue ft. Patricia Clarkson & James Caan - Official Trailer I HD I IFC Films. 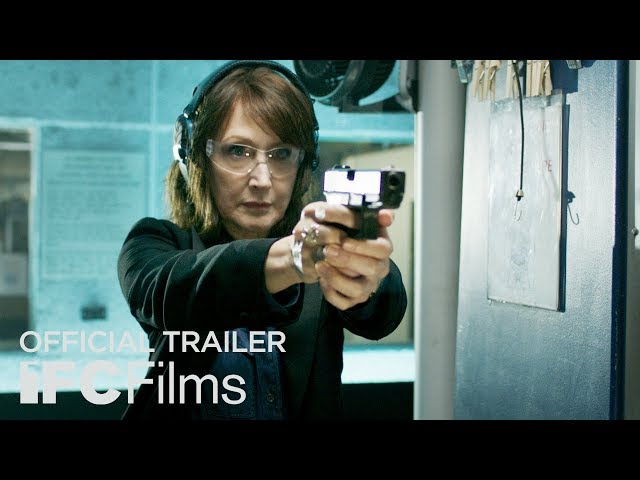 What is Out of Blue movie plot?

Here is a short review of "Out of Blue" movie plot summary.

Detective Mike Hoolihan (Patricia Clarkson) is investigating the murder of Jennifer Rockwell (Mamie Gummer), an astrophysicist at an observatory in New Orleans. She had presented a talk on black holes in the evening, but was found dead in the morning by the manager of the observatory (Toby Jones). She had been shot in the face, but there was no weapon. There is a sock and a jar of moisturizing cream found at the scene.
The manager claims that he was out all night with an associate. The sock is traced to Jennifer's boyfriend, who claims he left hurriedly to work on a new theory. Jennifer's home is full of tchotchkes and other old knick-knacks. Mike passes out when she picks up a Florida snow globe, and imagines unique blue marbles similar to one that is on a string around her neck. When she comes to, she talks about the marble, and how she doesn't remember where it came from. She was an orphan, and has always had it.
Her co-investigator and supervisor suggest that this looks like "The.38 Caliber Killer", who killed young women, but hadn't struck in many years. The murderer always exchanged knick-knacks with his victims. While doing a more detailed search of the area, Mike finds a gun in a case, and a red scarf she had been having dreams about. The gun, a.38 revolver, is traced to the observatory manager, who admits he found it, and tried to dispose of it so he wouldn't be a suspect. Figuring from where the gun originally lay, Mike concludes that Jennifer had shot herself. The investigators agree.

Who plays who in the Out of Blue movie?

Here is the full cast and characters of "Out of Blue" movie. Actors and actresses are sorted mostly in credits order.

When is Out of Blue movie release date?

"Out of Blue" movie release date was scheduled to be on September 7, 2018 (Toronto International Film Festival) and on March 22, 2019 (United States) distributing by IFC Films, Picturehouse Cinemas and DNC Entertainment.

What are Out of Blue filming details?

What are critics and audiences saying about Out of Blue movie?

"Out of Blue" movie got average rating from critics. IMDB rating is 4.8/10. Rotten Tomatoes rating is 38/100. But the audience kinda likes the film.

More information and reviews on "Out of Blue" movie you can get on the following websites.

Out of Blue on IMDB is available at:

Out of Blue on Wikipedia is available at: