Here are "The Outsider" movie trailer, plot summary, full cast and characters, release date, streaming services and everything we know so far.

Is there a trailer for The Outsider movie?

Netflix on Thursday, February 22, 2018 released the trailer for "The Outsider" you can watch here:
The Outsider | Official Trailer | Netflix. 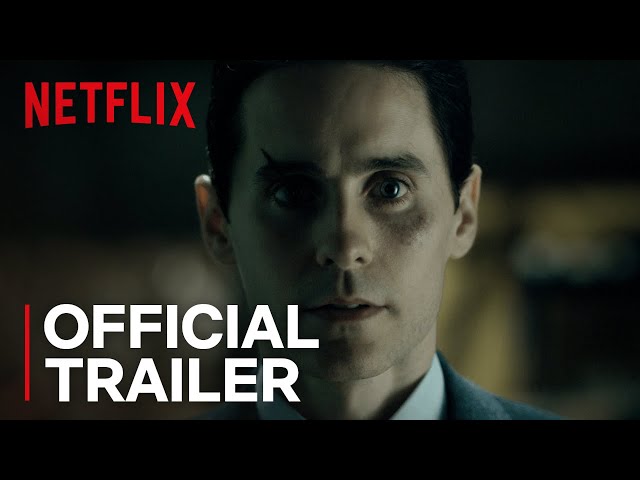 What is The Outsider movie plot?

Here is a short review of "The Outsider" movie plot summary.

In 1954, two years after the Allied occupation of Japan, Nick Lowell (Jared Leto) is the only non-Japanese inmate in an Osaka prison. Most of his fellow inmates are yakuza criminals, recognizable by their irezumi tattoos. Nick saves a yakuza named Kiyoshi (Tadanobu Asano) from being hanged to death; the Shiromatsu, a yakuza clan to which Kiyoshi belongs, repays his debt by arranging Nick's release. He is also offered a job: Anthony Panetti (Rory Cochrane), an American businessman with a deep hatred for the Japanese, has refused to negotiate a deal with the Shiromatsu but has agreed to a deal with a different clan, the Seizu, because they sent an American negotiator. Nick goes to speak with him, but ends up violently beating Panetti on the head with a typewriter just a minute into the conversation instead, assuring Kiyoshi that he'll reconsider.
When a group of Seizu clan members arrive from Kobe to intimidate the Shiromatsu at their nightclub, Nick attacks one of them, nearly causing a shootout. Kiyoshi takes a liking to Nick, giving him an expensive apartment to live in and a suit to wear. He further entrusts Nick with driving his drunk sister Miyu (Shioli Kutsuna) home after he catches her partying at the Shiromatsu club. Nick spends the night with her and slowly gets more involved with the Shiromatsu clan, becoming one of their enforcers alongside Kiyoshi. He continues his relationship with Miyu and gets an irezumi tattoo on his back to match hers.
The Shiromatsu come under pressure from rival yakuza families, largely due to the aging Shiromatsu patriarch's refusal to adapt to the rapidly changing post-war economy. Kiyoshi sends Nick to the harbor to handle a black market weapons deal, where he is ambushed by four Seizu members, killing two. To avoid a war with the Seizu and as an apology to their patriarch, Nick and Kiyoshi perform an act of yubitsume. The severed fingertips are sent to the Seizu patriarch, who accepts them. Nick is taken to a countryside temple, where he becomes a full member of the Shiromatsu through an initiation ceremony.

Who plays who in the The Outsider movie?

Here is the full cast and characters of "The Outsider" movie. Actors and actresses are sorted mostly in credits order.

When is The Outsider movie release date?

"The Outsider" movie release date was scheduled to be on March 9, 2018 distributing by Netflix.

What are The Outsider filming details?

What are critics and audiences saying about The Outsider movie?

"The Outsider" movie got high rating from critics. IMDB rating is 6.3/10.

More information and reviews on "The Outsider" movie you can get on the following websites.

You can watch The Outsider online streaming on Netflix:

The Outsider on IMDB is available at:

The Outsider on Wikipedia is available at: