Is there a trailer for Outlaw King movie? 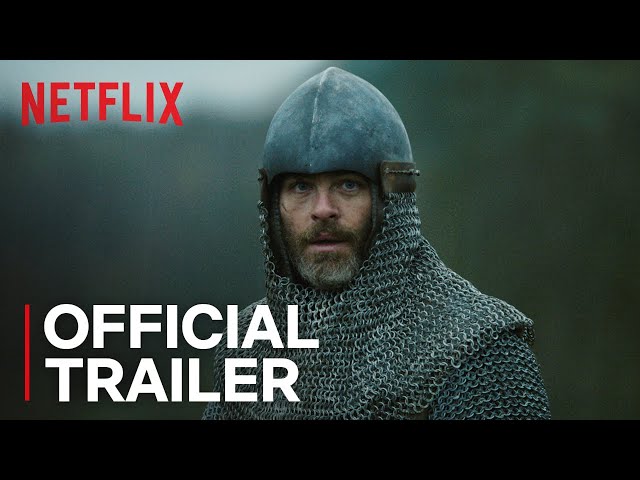 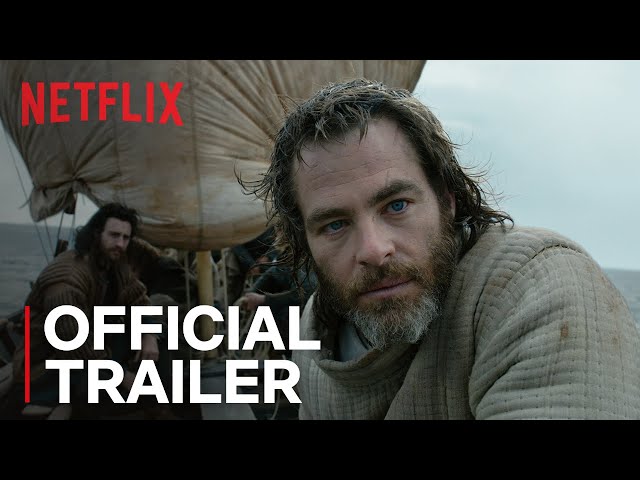 What is Outlaw King movie plot?

In 1304, outside the besieged Stirling Castle, John Comyn, Robert Bruce (Chris Pine), and other Scottish nobility surrender to Edward (Billy Howle) I of England. He demands their homage, to get their land back.
Afterwards, Bruce spars with Edward's heir, the Prince of Wales, and is wed to his goddaughter, Elizabeth (Florence Pugh) de Burgh. Lord James Douglas (Aaron Taylor-Johnson) arrives, asking for the restoration of his ancestral lands but is denied, due to previous Lord Douglas' treason. The King and Prince depart Scotland, leaving Comyn and Bruce in charge, under watch of the Earl of Pembroke Aymer de Valence (Sam Spruell).
Elizabeth marries Bruce, but he respectfully delays the consummation. Not long after, his father, the Lord of Annandale, dies, fearing his ended friendship with the King of England may have been an error.
Soon after, while delivering taxes to the English, Bruce notes their unpopularity. Rioting follows William Wallace being quartered. He plans another revolt and his family agrees. Trying to persuade John Comyn to join them, he threatens to inform Edward. Panicked, Bruce kills him. The Scottish clergy offers him a pardon if he supports the Catholic Church in Scotland and he accepts the Crown of Scotland deal. King Edward hears of it, declaring Bruce an outlaw. His son, Prince of Wales is sent to crush the uprising, with the king's order that no quarter to be shown to any Bruce supporter.
Calling a council of nobles, most refuse to break their oaths to Edward. Despite the lack of support, Bruce heads to Scone to be crowned king of Scots. On the way, Douglas pledges his allegiance. Ambitious de Valence tries to move against Bruce before the Prince arrives. To avoid bloodshed he challenges de Valence to single combat, who accepts but delays the duel a day, as it is Sunday. That night, Bruce finally consummates his marriage, but the English launch a surprise attack. His wife and Marjorie Bruce (Josie O'Brien) are sent to safety with his brother Nigel, and he fights a losing battle, during which most of the Scottish army is killed. Escaping with fifty men, they flee to Islay. On the way, John MacDougall parleys with them, bitter about the murder of his cousin Comyn but allows them to pass. Later, however, he attacks Bruce's entourage as they attempt to cross Loch Ryan. Some get away in boats, but Bruce's brother Alexander dies.

Who plays who in the Outlaw King movie cast?

Here is the full cast and characters of "Outlaw King" movie. Actors and actresses are sorted mostly in credits order.

"Outlaw King" movie release date was scheduled to be on September 6, 2018 (TIFF) and on November 9, 2018 (United States) distributing by Netflix.

What are Outlaw King filming details?

"Outlaw King" movie is rated "R", according to the MPAA film rating system.

Principal photography began on 28 August 2017 on location in both Scotland and England.

What are critics and audiences saying about Outlaw King movie?

More information and reviews on "Outlaw King" movie you can get on the following websites.

You can watch Outlaw King online streaming on Netflix:

Outlaw King on IMDB is available at:

Outlaw King on Wikipedia is available at: