Here are "Locked Down" movie trailer, plot summary, full cast and characters, release date, streaming services and everything we know so far.

Is there a trailer for Locked Down movie?

HBO Max on Tuesday, January 05, 2021 released the trailer for "Locked Down" you can watch here:
Locked Down | Official Trailer | HBO Max. 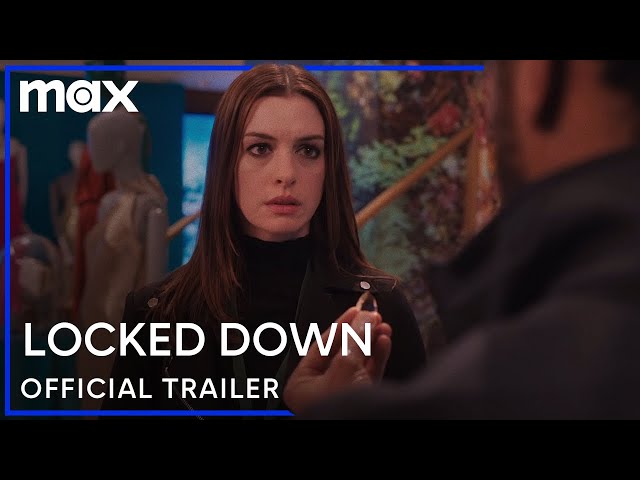 What is Locked Down movie plot?

Here is a short review of "Locked Down" movie plot summary.

Paxton (Chiwetel Ejiofor) and Linda (Anne Hathaway) are a disgruntled couple living in London amid the COVID-19 pandemic lockdown. Paxton is able to get only jobs as a delivery truck driver due to an assault arrest 10 years prior, and is upset how his life has turned out.
Due to stores being shut down there are a limited amount of drivers available for high-value deliveries, so Paxton's boss reaches out and asks him to make runs under a false identity for him. Linda, who is a CEO at a fashion company, is tasked with clearing out inventory at a nearby Harrods department store. She soon realizes their delivery schedules at the store overlap, and Paxton would not get past the security checkpoint Linda has set up.
Linda discloses that there is a £3 million diamond in the vault at Harrods that has been sold to an anonymous buyer, and the store keeps a duplicate on-location. She and Paxton agree to take the real diamond for themselves and send the fake one to the buyer in New York City, splitting the sale between themselves and the National Health Service.
Upon making it to the store, Linda and Paxton retrieve the diamond and swap it out with the fake. However they are confronted by Donald (Mark Gatiss), a former co-worker of Linda's she was told to fire earlier in the week. Donald had called the police after learning of Paxton's fake identity. Linda reveals their plan, and Donald agrees to lie for them.
Paxton and Linda, who originally planned to go their separate ways, decide to reevaluate their relationship. Then the COVID lockdown is extended by another two weeks.

Who plays who in the Locked Down movie cast?

Here is the full cast and characters of "Locked Down" movie. Actors and actresses are sorted mostly in credits order.

When is Locked Down movie release date?

"Locked Down" movie release date was scheduled to be on January 14, 2021 (United States) distributing by Warner Bros. Pictures and HBO Max.

What are Locked Down filming details?

The duration of the film is 118 minutes. The film's budget is $3 million.

"Locked Down" movie is rated "R", according to the MPAA film rating system.

What are critics and audiences saying about Locked Down movie?

More information and reviews on "Locked Down" movie you can get on the following websites.

Locked Down on IMDB is available at:

Locked Down on Wikipedia is available at: