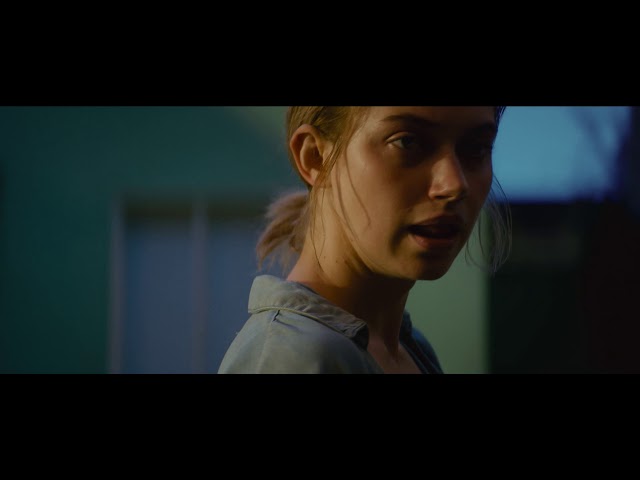 The opening scene depicts the parasitic lifecycle of cuckoos, starting with a cuckoo depositing her egg in the nest of another bird. The cuckoo chick pushes the other baby birds out of the nest and, by the end, has grown disturbingly larger than its surrogate mother, who continues feeding the ravenous intruder.
After school, Gemma (Imogen Poots), a primary school teacher, meets her boyfriend Tom (Jesse Eisenberg), a handyman. They drive to an estate agent's to enquire about buying a house. The agent, Martin (Jonathan Aris), greets them in a strange manner, in an office filled with identical model houses. They tell him they are not interested in the properties, but he insists on taking them to see one, and they follow him to a suburban development called Yonder, which is filled with identical green houses.
Martin shows them around house number 9. He asks if they have children, and when Gemma replies, "No, not yet", he mimics her reply perfectly. They look around the garden, then reenter the house to find that Martin is gone. They attempt to drive out the way they came in but find themselves at number 9 again. In disbelief, they drive around the endless, identical streets until they run out of petrol.
They sleep in the house. The next morning, Tom climbs to the roof and gapes at the rows of identical roofs stretching out to the horizon. They try to escape on foot, but consistently return to number 9. They eventually give up and find a box full of tasteless vacuum-packed food and supplies left in front of the house.
In desperation, Tom sets fire to the house, and they sleep on the pavement. When they awake, another box has been left for them. This time it contains an infant, and the message, "Raise the child and be released." When the smoke clears, they see that the house is undamaged.

Who plays who in the Vivarium movie cast?