Here are "The Dig" movie trailer, plot summary, full cast and characters, release date, streaming services and everything we know so far. 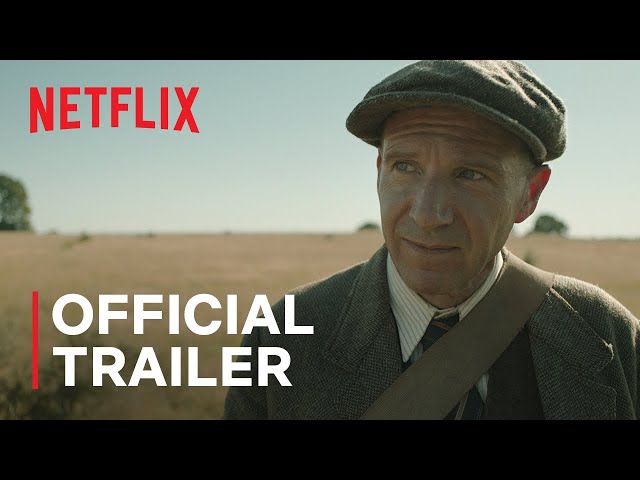 In 1939, Suffolk landowner Edith Pretty (Carey Mulligan) hires local self-taught archaeologist-excavator Basil Brown (Ralph Fiennes) to tackle the large burial mounds at her rural estate in Sutton Hoo near Woodbridge. At first, she offers the same money he received from the Ipswich Museum, the agricultural wage, but he says it is inadequate; so she ups her offer by 12% to £2 a week (approximately £120 in 2020), which he accepts.
Former employers try unsuccessfully to persuade Brown to work on a Roman villa they deem more important. They ignore Brown, who left school aged 12, when he suggests the mounds could be Anglo-Saxon rather than the more common Viking era.
Working with assistants from Pretty's estate, Brown slowly excavates the more promising of the mounds. One day the trench collapses on him, but they dig him out in time. Meanwhile, he spends more time with Edith, a widow, and her young son, Robert (Archie Barnes), and ignores daily letters from his wife, May. Edith struggles with her health, warned by her doctor to avoid stress.
Brown is astonished to uncover iron rivets from a ship, making it the burial site of someone of tremendous distinction, such as a king. Prominent local archaeologist James Reid Moir (Paul Ready) attempts to join the dig but is rebuffed; Edith instead hires her cousin Rory Lomax (Johnny Flynn) to join the project. News of the discovery soon spreads, and Cambridge archaeologist Charles Phillips (Ken Stott) arrives, declares the site to be of national importance, and takes over the dig by order of the Office of Works.
As World War II approaches, Philips brings in a large team, including Peggy Piggott (Lily James), who uncovers proof that it is Anglo-Saxon in origin. Brown is demoted to only keep the site in order, but Edith intervenes and he resumes digging. Brown discovers a Merovingian Tremissis, a small gold coin of Late Antiquity, and Philips declares the site to be of major historical significance. Philips wants to send all the artefacts to the British Museum, but Edith, concerned about war raids in London, asserts her rights. An inquest confirms she is the owner of the ship and its priceless treasure trove of grave goods, but she despairs as her health continues to decline.

Who plays who in the The Dig movie cast?

"The Dig" movie release date was scheduled to be on January 15, 2021 (United States) distributing by Netflix.

"The Dig" movie is rated "PG-13", according to the MPAA film rating system.

Principal photography began at Shackleford in Surrey in October 2019 - Norney Grange there being used to stand in as Pretty's house at Sutton Hoo - with location filming taking place in Suffolk near to the original discovery site.