Here are "Let Him Go" movie trailer, plot summary, full cast and characters, release date, streaming services and everything we know so far.

Is there a trailer for Let Him Go movie? 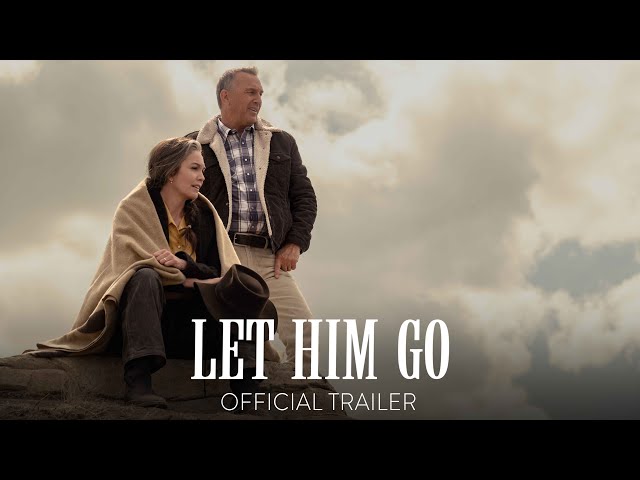 What is Let Him Go movie plot?

Here is a short review of "Let Him Go" movie plot summary.

In 1961 Montana, retired sheriff George Blackledge (Kevin Costner) and his wife Margaret (Diane Lane) live with their son James (Ryan Bruce), his wife Lorna (Kayli Carter), and their newborn grandson, Jimmy. One day while James is out riding his horse, Lorna readies a sink bath for Jimmy. While they are bathing Jimmy, the wild horse comes running back through the farm without James. George finally finds James dead alongside a creek. It is assumed that he died from being thrown from the horse, breaking his neck.
Three years later, Lorna marries Donnie Weboy (Will Brittain). While out one day, Margaret sees Donnie physically abusing both his wife and Jimmy. Margaret decides to visit Lorna and Jimmy at their new home, without knowing that Donnie has decided to leave town with Lorna and Jimmy. When she discovers that Donnie, Lorna and Jimmy have left without even saying goodbye, Margaret worries over Jimmy's safety. She eventually convinces George that the situation is dire enough to intervene, and the two set off to find the family.
Various sources clue them into the whereabouts of the Weboy family, including a young Native American man named Peter (Booboo Stewart). Margaret and George finally locate Donnie's uncle, Bill Weboy (Jeffrey Donovan), in Gladstone, North Dakota. Their initial meeting is cold, but Margaret refuses to be intimidated and accepts Bill's invitation to the Weboys' homestead for dinner. At dinner, they meet Donnie's family, including Blanche (Lesley Manville), Donnie's intimidating and disturbing mother. Her charms do not last long as the dinner conversation progresses and an attempt from Margaret to hold Jimmy in her arms turns sour. Not feeling welcome anymore, they leave the Weboy house.

Who plays who in the Let Him Go movie?

Here is the full cast and characters of "Let Him Go" movie. Actors and actresses are sorted mostly in credits order.

When is Let Him Go movie release date?

The duration of the film is 114 minutes. The film grossed over $10.5 million.

"Let Him Go" movie is rated "R", according to the MPAA film rating system.

What are critics and audiences saying about Let Him Go movie?

"Let Him Go" movie got high rating from critics. IMDB rating is 6.7/10. Rotten Tomatoes rating is 83/100. Audiences polled by CinemaScore gave the film an average grade of "B-" on a scale ranging from A+ to F.

More information and reviews on "Let Him Go" movie you can get on the following websites.