Here are "I'm Your Woman" movie trailer, plot summary, full cast and characters, release date and everything we know so far.

Is there a trailer for I'm Your Woman movie?

Amazon Prime Video on Tuesday, October 13, 2020 released the trailer for "I'm Your Woman" you can watch here:
I'm Your Woman - Official Trailer. 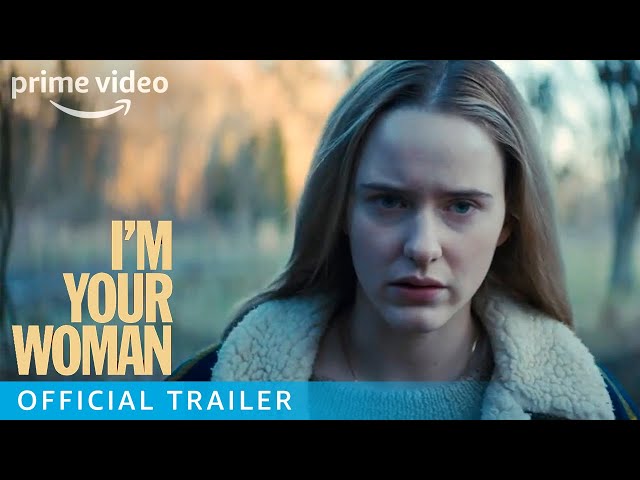 What is I'm Your Woman movie plot?

Here is a short review of "I'm Your Woman" movie plot summary.

Jean (Rachel Brosnahan) is a housewife in the late 1970s, married to Eddie (Bill Heck), a professional thief. The couple is unable to have or adopt children, something Jean has long since made her peace with. One day, Eddie mysteriously procures a baby boy for Jean to raise. Sometime later, Jean is awakened in the night by one of Eddie's business partners, Jimmy (Jarrod DiGiorgi), who gives her a bag of money and instructs Jean to go on the run; she is handed over to a man named Cal (Arinzé Kene), who Jimmy promises will help her. Jean learns from Cal that Eddie has gone missing and that everyone is looking for him. Cal relocates Jean and her baby, Harry, to a vacant house in the suburbs, with strict instructions not to make any friends or acquaintances.
Jean struggles with loneliness in her new surroundings and, defying Cal's instructions, befriends her widowed neighbor, Evelyn (Marceline Hugot). After a late-night walk with Harry, Jean realizes that her home has been broken into and calls a number Cal gave her before escaping to Evelyn's house. There, she discovers some of Eddie's former associates, who believe Jean knows where to find him and beat Evelyn for her location before tying her up. Cal arrives and rescues Jean and Harry, killing everyone else including Evelyn; Jean is horrified, but Cal tells her Evelyn's death was her fault for not listening to him.
Cal relocates Jean and Harry to a remote cabin. He reveals to her that Eddie, an associate of a local crime syndicate, murdered his boss Marvin, plunging the city into gang warfare as different factions are fighting for Marvin's territory. Jean is eventually joined by Teri (Marsha Stephanie Blake), Cal's wife, their son Paul (Da'mauri Parks), and Cal's elderly father, Art (Frankie Faison), who teaches her how to use a gun. Jean eventually pieces together that Teri was formerly married to Eddie, but ran away with her son because of his abusive and controlling nature. Realizing that Cal may be in trouble, Jean decides to join Teri in returning to the city to find him.

Who plays who in the I'm Your Woman movie?

Here is the full cast and characters of "I'm Your Woman" movie. Actors and actresses are sorted mostly in credits order.

When is I'm Your Woman movie release date?

"I'm Your Woman" movie release date was scheduled to be on October 15, 2020 (AFI) and on December 4, 2020 (United States) distributing by Amazon Studios and Amazon Prime Video.

What are I'm Your Woman filming details?

"I'm Your Woman" movie is rated "R", according to the MPAA film rating system.

What are critics and audiences saying about I'm Your Woman movie?

More information and reviews on "I'm Your Woman" movie you can get on the following websites.

I'm Your Woman on IMDB is available at:

I'm Your Woman on Wikipedia is available at: