Is there a trailer for Burning movie?

Thunderbird Releasing on Tuesday, January 08, 2019 released the trailer for "Burning" you can watch here:
BURNING | Official UK Trailer - on DVD and BLURAY May 27. 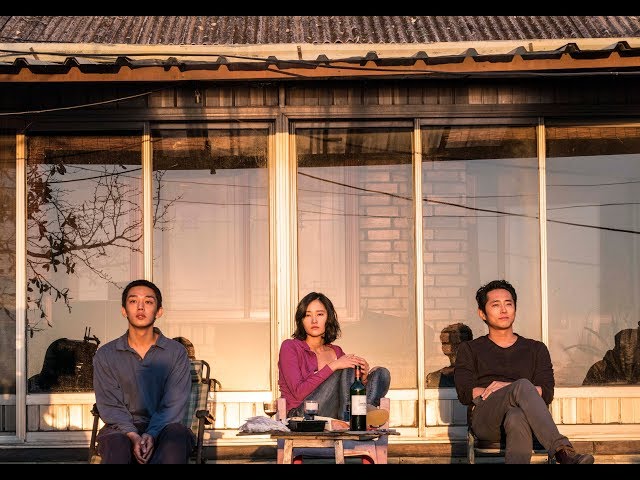 What is Burning movie plot?

Here is a short review of "Burning" movie plot summary.

An aspiring young novelist, Lee Jong-su (Yoo Ah-in) performs odd jobs in Paju. One day he runs into Shin Hae-mi (Jeon Jong-seo), a childhood neighbor and classmate, at a promotion at which he is making a delivery. Jong-su initially does not remember her, but Shin Hae-mi tells him she had plastic surgery. Jong-su then remembers and gives her a pink watch that he won at the promotion. Later, she tells him about her upcoming trip to Africa, and asks him to feed her cat, Boil, while she is away. Before Hae-mi's departure, Jong-su's father, a cattle farmer, becomes entangled in disagreeable legal affairs, and Jong-su has to return to the farm. Jong-su passes by Hae-mi's apartment, where he receives instructions about feeding the cat. Later, they have sex in Hae-mi's apartment.
After Hae-mi departs, Jong-su dutifully feeds her cat, although he never sees it. He does, however, know that a cat is there because he finds feces in the cat's litter box. He also begins habitually masturbating in her apartment. One day Hae-mi calls, saying she had become stranded at Nairobi Airport for three days after a bombing nearby. When Jong-su comes to pick her up, she arrives with Ben (Steven Yeun), whom she met and bonded with during the crisis. The three go out for dinner, where Hae-mi recalls a sunset she witnessed during her travels. Moved by the memory, she cries and confesses that she wants to disappear. Ben is well-off and confident, though it is never entirely clear what he does for a living. Jong-su, struggling to get by and taking care of his family farm while his father is in prison, envies Ben and his relationship with Hae-mi from afar.

Who plays who in the Burning movie cast?

Here is the full cast and characters of "Burning" movie. Actors and actresses are sorted mostly in credits order.

When is Burning movie release date?

What are Burning filming details?

The duration of the film is 148 minutes. The film grossed over $8.1 million.

What are critics and audiences saying about Burning movie?

"Burning" movie got high rating from critics. IMDB rating is 7.5/10.

More information and reviews on "Burning" movie you can get on the following websites.

Burning on IMDB is available at:

Burning on Wikipedia is available at: