Here are "The Good Liar" movie trailer, plot summary, full cast and characters, release date, streaming services and everything we know so far.

Is there a trailer for The Good Liar movie?

Warner Bros. Pictures on Wednesday, June 26, 2019 released the trailer for "The Good Liar" you can watch here:
THE GOOD LIAR - Official Trailer. 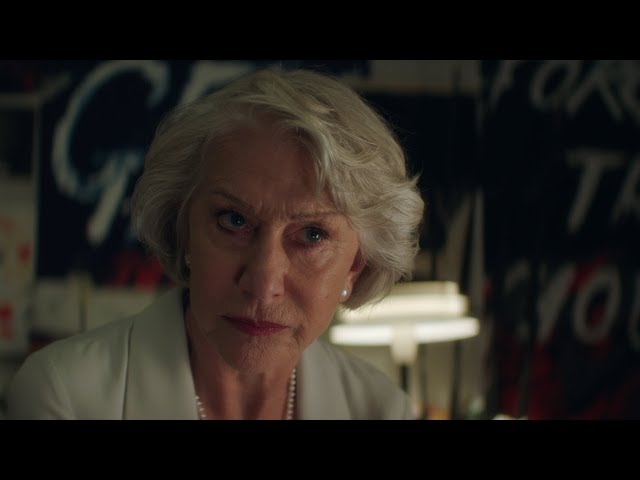 What is The Good Liar movie plot?

Here is a short review of "The Good Liar" movie plot summary.

In 2009 London, Roy Courtnay is an aging British con artist who, along with his business partner Vincent (Jim Carter), uses false identities to deceive people into giving him access to their finances. His latest target is Betty McLeish (Helen Mirren), a former history professor at Oxford University who lost her husband a year ago and has savings in excess of £2 million.
Feigning a bad knee, Roy manipulates Betty into allowing him to stay at her house. He steadily encourages her to open a joint offshore investment account with him, so that he can steal her money. Simultaneously, Roy and Vincent run an investment scam with their mark Bryn (Mark Lewis Jones) and his associate by employing fake Russian investors. One of the fake Russians, actually a Polish butcher, demands a greater cut of the take; in response, Roy orders thugs to break the butcher's hand with a meat tenderizer. Realizing he has been robbed, Bryn follows Roy during his date with Betty. Upon spotting Bryn nearby, Roy sends Betty into the shops before luring Bryn into Charing Cross tube station. There, Roy stabs Bryn and then shoves him into the path of an incoming train, killing him. Roy reunites with Betty back at the shops.
Roy and Betty vacation in Berlin, where Roy appears to understand German, though he claims he does not. Betty's grandson Steven takes the couple to a flat that Roy recognizes. Steven reveals that 'Roy Courtnay' - a young British Army officer - was killed there in 1948 by a Nazi war criminal whom he was tracking, according to Soviet records. This causes Roy to explain that his real name is Hans Taub, who was Roy's German translator, and that he stole Roy's identity so that he could leave Germany and reinvent himself. Betty accepts his explanation and dismisses Steven's objections.

Who plays who in the The Good Liar movie cast?

Here is the full cast and characters of "The Good Liar" movie. Actors and actresses are sorted mostly in credits order.

When is The Good Liar movie release date?

What are The Good Liar filming details?

"The Good Liar" movie is rated "R", according to the MPAA film rating system.

What are critics and audiences saying about The Good Liar movie?

"The Good Liar" movie got high rating from critics. IMDB rating is 6.7/10. Rotten Tomatoes rating is 63/100. Audiences polled by CinemaScore gave the film an average grade of "B" on a scale ranging from A+ to F.

More information and reviews on "The Good Liar" movie you can get on the following websites.

The Good Liar on IMDB is available at:

The Good Liar on Wikipedia is available at: