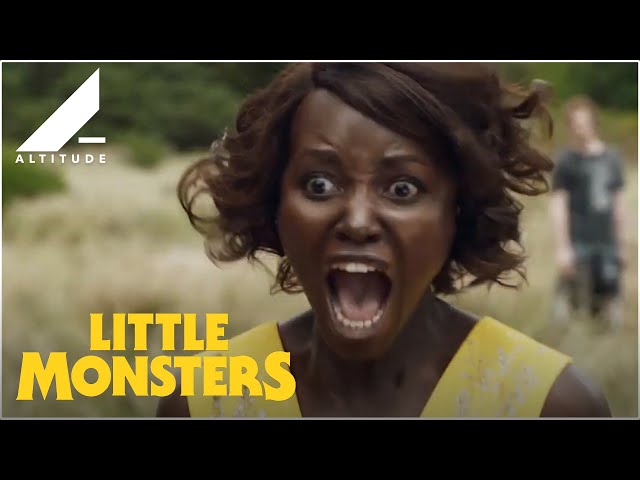 Dave (Alexander England) is a dirty-talking, washed-up musician who goes through a rough break up with his girlfriend and is forced to stay with his sister, Tess (Kat Stewart), and her son, Felix (Diesel La Torraca), a child with a fascination for tractors, space blasters, and Darth Vader.
While dropping Felix off at school, Dave meets Miss Caroline (Lupita Nyong'o), Felix's kindergarten teacher, and is attracted to her. After a parent drops out from an upcoming field trip to a farm, Dave volunteers to chaperone, mostly to be near Miss Caroline.
On the day of the field trip, Dave is upset to learn that children's television personality, Teddy McGiggle (Josh Gad) is filming his showy to find t there and that Miss Caroline is engaged to someone else. Meanwhile, zombies break out of a U.S. testing facility and head straight for the farm where they attack the class, who try to escape, only to realize the farm is overrun.
They try to seek shelter in the gift shop only to find Teddy McGiggle locked in and refusing to let them in. Miss Caroline and the children crawl into an opening next to the shop. Dave breaks in from the roof, beats up Teddy, and unlocks the door so Miss Caroline and the children can come in. Felix then has an allergic reaction after Dave accidentally feeds him chips with dairy in them. After a botched attempt to give Felix epinephrine, Miss Caroline rushes to get some from Felix's backpack, which was left in the tractor with the others. She makes it back as Teddy tries to signal a military helicopter but falls off the roof and is rescued by Dave, to whom Teddy reveals that his real name is Nathan Schneider and that he is an alcoholic sex addict who loves MILFs and hates children.

Who plays who in the Little Monsters movie cast?