Here are "The Menu" movie trailer, plot summary, full cast and characters, release date, streaming services and everything we know so far.

Is there a trailer for The Menu movie?

SearchlightPictures on Wednesday, June 01, 2022 released the trailer for "The Menu" you can watch here:
THE MENU | Official Teaser Trailer | Searchlight Pictures. 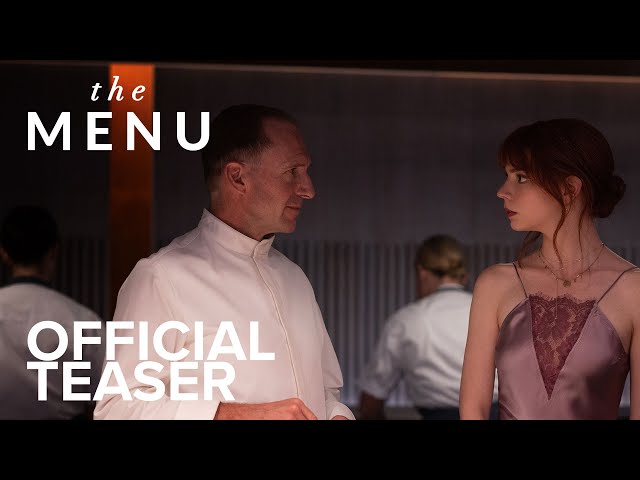 What is The Menu movie plot?

Here is a short review of "The Menu" movie plot summary.

Young couple Margot (Anya Taylor-Joy) and Tyler (Nicholas Hoult) travel to a remote island to eat at Hawthorne, an exclusive restaurant run by celebrity chef Slowik, who has prepared a lavish molecular gastronomy menu where food is treated as conceptual art, but his approach to cuisine has some shocking surprises for the wealthy guests.

Who plays who in the The Menu movie cast?

Here is the full cast and characters of "The Menu" movie. Actors and actresses are sorted mostly in credits order.

When is The Menu movie release date?

What are The Menu filming details?

"The Menu" movie is rated "R", according to the MPAA film rating system.

More information and reviews on "The Menu" movie you can get on the following websites.

The Menu on IMDB is available at:

The Menu on Wikipedia is available at: