Here are "The Last Duel" movie trailer, plot summary, full cast and characters, release date, streaming services and everything we know so far.

Is there a trailer for The Last Duel movie? 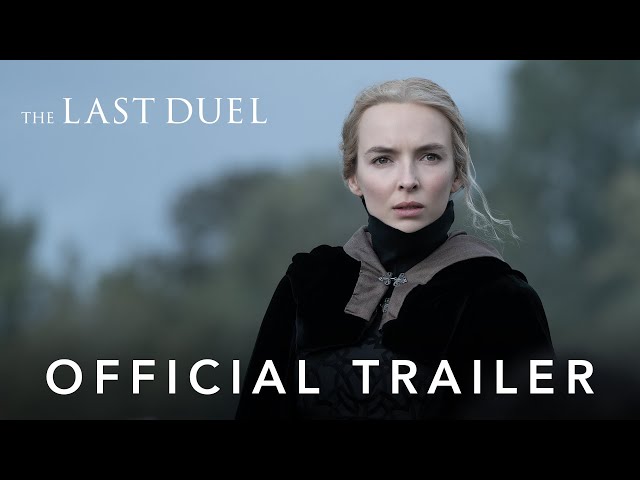 What is The Last Duel movie plot?

Here is a short review of "The Last Duel" movie plot summary.

In 1386, Marguerite de Carrouges (Jodie Comer) claims to have been raped by her husband's best friend and squire Jacques Le Gris (Adam Driver). Her husband, knight Jean de Carrouges, challenges him to trial by combat, the last legally sanctioned duel in France's history. The events leading up to the duel are divided into three chapters, with the first two reflecting the perspectives of de Carrouges and Le Gris respectively, and the third reflecting the perspective of Marguerite.
De Carrouges is a squire serving in the Caroline War alongside Le Gris, known for his fiery temper and combat prowess. When Count Pierre d'Alençon (Ben Affleck) is named de Carrouges' overlord by his cousin, King Charles VI (Alex Lawther), both de Carrouges and Le Gris swear their fealty to him. Le Gris then visits de Carrouges and informs him that d'Alençon has ordered all of his new vassals to pay their war levies; de Carrouges explains he lacks the funds to pay and Le Gris agrees to ask d'Alençon, who has come to trust him as a confidant and advisor, for leniency. To restore his finances, de Carrouges marries Marguerite de Thibouville, receiving a large dowry from her father that includes his valuable estates. However, he learns that one particularly desirable piece of land has already been seized by d'Alençon and given to Le Gris. When de Carrouges sues for the land to be given to him, the king tosses the lawsuit. The count retaliates by appointing Le Gris to the captaincy of a fort that de Carrouges' family had held for generations; de Carrouges is furious and suspects Le Gris has turned d'Alençon against him. While campaigning in Scotland, he is knighted for bravery but returns home to find that Le Gris raped his wife while she was alone in their castle. Knowing that d'Alençon protects Le Gris, he resolves to challenge him to a duel.

Who plays who in the The Last Duel movie cast?

Here is the full cast and characters of "The Last Duel" movie. Actors and actresses are sorted mostly in credits order.

When is The Last Duel movie release date?

What are The Last Duel filming details?

The duration of the film is 153 minutes. With a budget of $100 million, the film grossed over $9 million.

"The Last Duel" movie is rated "R", according to the MPAA film rating system.

What are critics and audiences saying about The Last Duel movie?

"The Last Duel" movie got high rating from critics. IMDB rating is 7.7/10. Audiences polled by CinemaScore gave the film an average grade of "B+" on a scale ranging from A+ to F.

More information and reviews on "The Last Duel" movie you can get on the following websites.

The Last Duel on IMDB is available at:

The Last Duel on Wikipedia is available at: