Here are "Voice from the Stone" movie trailer, plot summary, full cast and characters, release date and everything we know so far.

Is there a trailer for Voice from the Stone movie?

Momentum Pictures on Tuesday, March 14, 2017 released the trailer for "Voice from the Stone" you can watch here:
VOICE FROM THE STONE - Official Trailer. 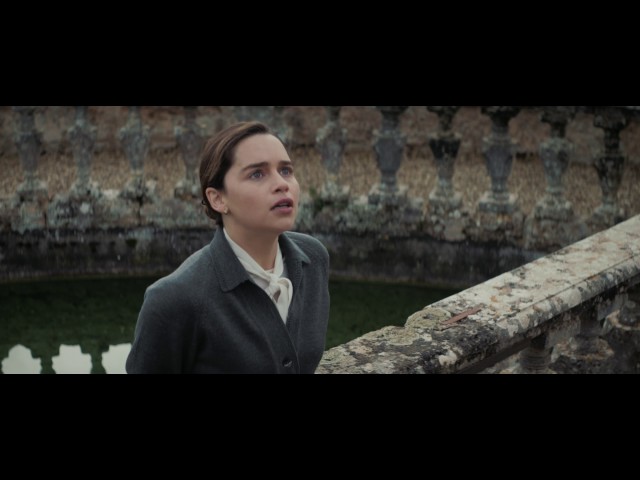 What is Voice from the Stone movie plot?

Here is a short review of "Voice from the Stone" movie plot summary.

In post-World War II Italy, Malvina (Caterina Murino) is on her deathbed at her ancestral home. She tells Jakob (Edward Dring), her adolescent son, that another woman will come, a woman who will love him, and that the next words he speaks will call Malvina back to him.
Seven months later a British nurse specializing in children's care, Verena (Emilia Clarke), arrives. Jakob hasn't spoken since his mother died and Verena is the latest English-speaking (per Malvina's wishes) nurse recruited by Klaus (Marton Csokas), Jakob's father. Verena meets estate keeper Alessio (Remo Girone) and retired house maid Lilia (Lisa Gastoni). Though polite, Jakob is cold and distant.
Verena learns that Malvina's family owned the estate and surrounding quarries for 1,200 years. Malvina was the first descendant not to run the quarry, instead becoming a world famous pianist. Since most of the men who worked there died during the second world war, she allowed the quarry to flood, though Alessio still lights a flame for long-dead quarrymen, proclaiming "Life. Death. Love. The stone was everything."
When Verena looks in on Jakob one night, she finds him with his ear to the stone wall in his room, listening. Klaus fears that Jakob believes he can hear Malvina in the stone. Verena worries that she is inadequate and that Jakob's condition requires a mental health specialist.
When Verena sees Jakob on the ledge of a tall tower, she endangers herself to rescue him - making her (and Jakob) realize that she cares for him and must stay to help him. She caringly explains that the voice he hears is real, but that it is just his mind playing tricks on him. The next day Verena sees him listening to Malvina's tombstone in the family mausoleum. Alessio informs her that 40 generations are buried there "in the stone". Verena, who was orphaned around Jakob's age, tells the boy that she already knows that wishing to hear dead loved ones does not make it happen.

Who plays who in the Voice from the Stone movie?

Here is the full cast and characters of "Voice from the Stone" movie. Actors and actresses are sorted mostly in credits order.

When is Voice from the Stone movie release date?

What are Voice from the Stone filming details?

"Voice from the Stone" movie is rated "R", according to the MPAA film rating system.

Principal photography began in Italy in November 2014, and concluded on December 23, 2014.

What are critics and audiences saying about Voice from the Stone movie?

"Voice from the Stone" movie got average rating from critics. IMDB rating is 5.2/10. Rotten Tomatoes rating is 38/100. The audience dislikes the film either.

More information and reviews on "Voice from the Stone" movie you can get on the following websites.

Voice from the Stone on IMDB is available at:

Voice from the Stone on Wikipedia is available at: