Is there a trailer for Christopher Robin movie? 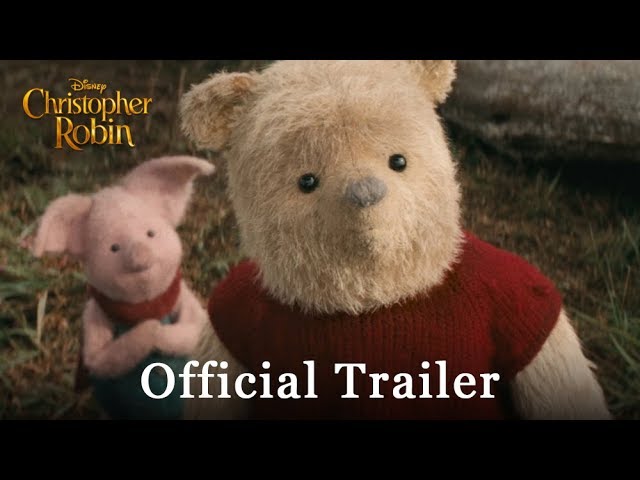 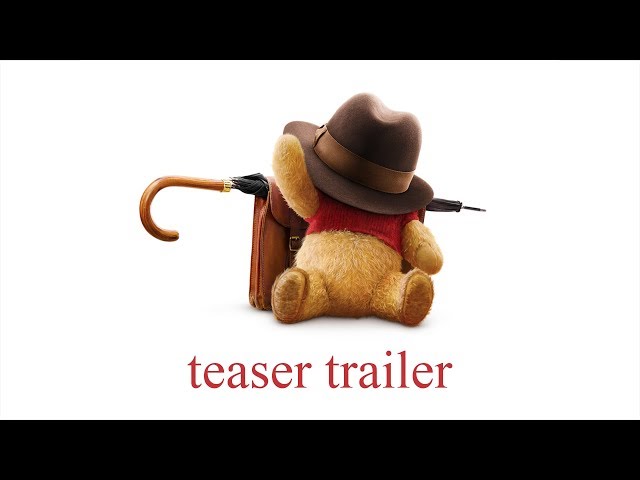 What is Christopher Robin movie plot?

Christopher Robin (Ewan McGregor) is leaving for boarding school, so his friends from the Hundred Acre Wood - Winnie the Pooh (Jim Cummings), Tigger, Piglet (Nick Mohammed), Eeyore (Brad Garrett), Kanga (Sophie Okonedo), Roo (Sara Sheen), Owl (Toby Jones), and Rabbit (Peter Capaldi) - throw him a goodbye party. Christopher comforts Pooh and tells him that he will never forget him.
Christopher's rough experiences in boarding school and the sudden death of his father force him to mature quickly and he soon puts behind the Hundred Acre Wood and his friends there. He grows up, marries architect Evelyn (Hayley Atwell), has a daughter named Madeline and serves in the British Army during World War II. After the war, he works as Director of Efficiency at Winslow Luggages. He neglects his family due to his demanding job and plans on sending Madeline to boarding school, just as he was sent to boarding school. With the company hitting hard times, Christopher's superior, Giles Winslow Jr., tells him to decrease expenditures by 20%, largely by choosing which employees to lay off, and to present his plan on Monday. This causes Christopher to miss joining his family at their countryside cottage in Sussex for a summer-ending weekend.
When Pooh awakens the next morning and is unable to find his friends, he decides to travel through the door through which Christopher Robin is known to emerge and finds himself in London. He reunites with Christopher, who is shocked to see Pooh, but takes him back to his London home. After a night and morning of chaos, Christopher escorts Pooh back to Sussex on the next train.
After sneaking past Christopher's cottage, the two enter the Hundred Acre Wood. Christopher becomes exasperated by Pooh's absent-mindedness and fear of Heffalumps and Woozles. Pooh, in an attempt to return Christopher's compass to him, trips into Christopher's briefcase and his papers spill onto the ground. Christopher, enraged, yells at Pooh, declaring he is not a child any more, before they are separated in the fog. He falls into a Heffalump trap, which is flooded by rainfall, soaking him and his belongings.

Who plays who in the Christopher Robin movie cast?

Here is the full cast and characters of "Christopher Robin" movie. Actors and actresses are sorted mostly in credits order.

What are Christopher Robin filming details?

"Christopher Robin" movie is rated "PG", according to the MPAA film rating system.

Principal photography began in early August 2017, in the United Kingdom, and concluded on November 4, 2017.

What are critics and audiences saying about Christopher Robin movie?

"Christopher Robin" movie got high rating from critics. IMDB rating is 7.2/10. Rotten Tomatoes rating is 72/100. The audience also loves the film. Audiences polled by CinemaScore gave the film an average grade of "A" on a scale ranging from A+ to F.

More information and reviews on "Christopher Robin" movie you can get on the following websites.

Christopher Robin on IMDB is available at:

Christopher Robin on Wikipedia is available at: