"Nappily Ever After" is a 2018 American romantic comedy film directed by Haifaa al-Mansour.
The starring cast includes Sanaa Lathan as Violet, Ernie Hudson as Richard, Lyriq Bent as Will Wright, Lynn Whitfield as Pauletta, Ricky Whittle as Clint Conrad, Camille Guaty as Wendy, Brittany S. Hall as Natasha, Daria Johns as Zoe Wright, Danielle Lyn as Alicia, Puff the Dog as Lola and others.

Here are "Nappily Ever After" movie trailer, plot summary, full cast and characters, release date, streaming services and everything we know so far.

Is there a trailer for Nappily Ever After movie?

Still Watching Netflix on Friday, October 05, 2018 released the trailer for "Nappily Ever After" you can watch here:
What Had Happened Was | Nappily Ever After: Self-Love and Self-Care | Netflix. 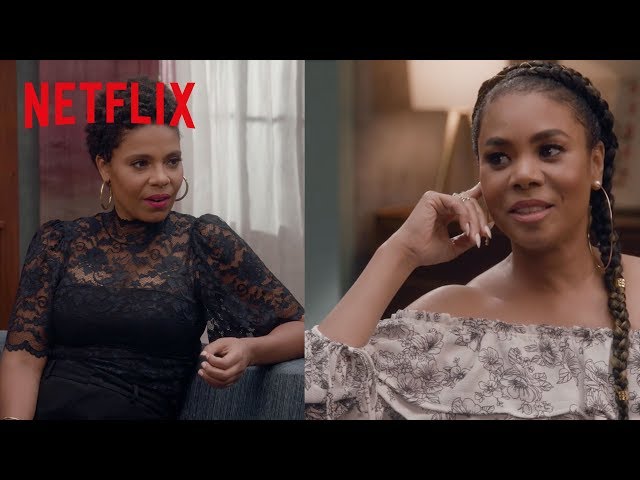 What is Nappily Ever After movie plot?

Here is a short review of "Nappily Ever After" movie plot summary.

Violet's (Sanaa Lathan) mother Paulette (Lynn Whitfield) always insists she look perfect. Paulette straightens her natural hair, but it takes time and she is occasionally burned by the iron. At a pool, a boy dares Violet (Sanaa Lathan) to hold her breath longer underwater, so she jumps in, despite her mother's protests. Underwater, her hair instantly becomes naturally wild and frizzy. The other children start to tease her, and her horrified mother takes her home.
As an adult, Violet is seemingly perfect: a successful advertising executive, has had her doctor boyfriend Clint (Ricky Whittle) for two years, and wears her hair long and straight (with great effort).
Her relationship with her mother continues to be close as she helps keep Violet the vision of perfection. She and Violet's father (Ernie Hudson) recently became estranged after he quit his job and became a model.
Violet expects Clint to propose on her birthday. After she accidentally gets sprayed by a neighbor's kids, she urgently visits a hairdresser. The salonist's daughter erroneously causes some of Violet's hair to fall out. Causing a scene, Violet insults her afro as she was partly responsible for the incident, and then gets a weave.
At her birthday dinner, Clint gives Violet a dog instead of a ring, so she is very disappointed and confronts him later at home. He says she's always perfect and he doesn't really know her, including her favorite things. Violet breaks up with him, and he leaves.
One night, Violet bleaches her hair, goes out with her friends, and starts drinking. As she gets drunk, she goes home with a man. Thinking she's wild, they start foreplay, but they hit heads, leaving him bleeding. Violet leaves him and goes to see Clint at the hospital, only to find him with a new woman. Devastated, she goes home and gets drunk. Then she cries in the mirror and shaves her head. The next morning, Violet is horrified with what she has done. Wearing a scarf on her head, she cries in the bathroom at work. A woman there suggests she come to her support group, which she later discovers is for cancer survivors. Violet apologizes, but the group leader gives her words of support.

Who plays who in the Nappily Ever After movie cast?

Here is the full cast and characters of "Nappily Ever After" movie. Actors and actresses are sorted mostly in credits order.

When is Nappily Ever After movie release date?

"Nappily Ever After" movie release date was scheduled to be on September 21, 2018 (United States) distributing by Netflix.

What are Nappily Ever After filming details?

What are critics and audiences saying about Nappily Ever After movie?

"Nappily Ever After" movie got high rating from critics. IMDB rating is 6.4/10. Rotten Tomatoes rating is 71/100. The audience also likes the film.

More information and reviews on "Nappily Ever After" movie you can get on the following websites.

Nappily Ever After on IMDB is available at:

Nappily Ever After on Wikipedia is available at: