Is there a trailer for Bohemian Rhapsody movie? 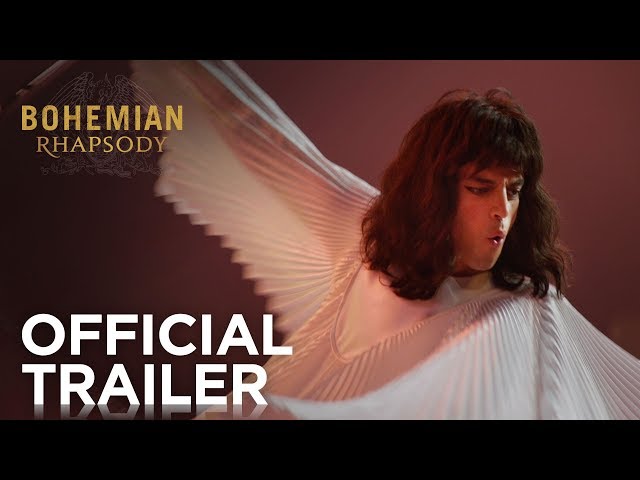 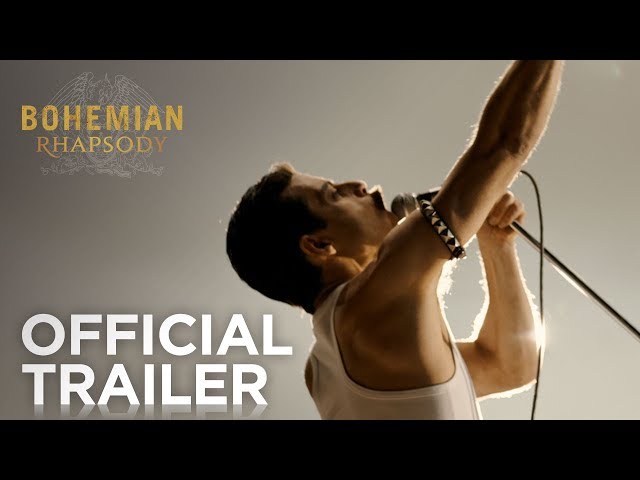 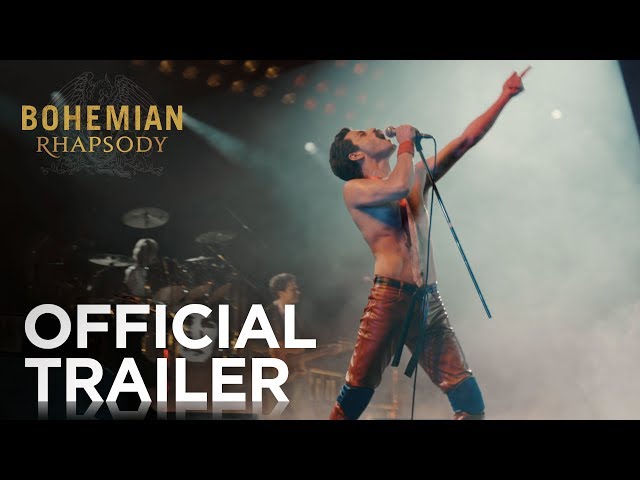 What is Bohemian Rhapsody movie plot?

In 1985, Queen prepares to take the stage at Bob Geldof's benefit concert Live Aid at Wembley Stadium. Back in 1970, "Freddie" Farrokh Bulsara works as a baggage handler at Heathrow Airport and lives with his parents and sister. Freddie goes to a pub to see the band Smile. Seeking them out after the show, Freddie is attracted to Mary Austin (Lucy Boynton) and learns that she works at the boutique Biba. Freddie finds drummer Roger Taylor (Ben Hardy) and guitarist Brian May (Gwilym Lee) and learns that their lead singer, Tim Staffell (Jack Roth) just quit. Freddie offers himself as a replacement and impresses them with his vocal ability.
Freddie goes to Biba, encounters Mary, and they become a couple. With Freddie as the lead singer and new bassist John Deacon (Joseph Mazzello), the band plays gigs across Britain. Freddie urges them to think bigger and sell their van to finance a record album. As they work in a studio late at night, an A&R rep from EMI asks engineer Roy Thomas Baker (Tim Plester) for demos.
Freddie changes the band's name to Queen and his name to Freddie Mercury (Rami Malek). They sign with John Reid (Aidan Gillen), Elton John's manager, and land a U.S. tour. Paul Prenter (Allen Leech), who is attracted to Freddie, manages Queen's daily schedule. An appearance on Top of the Pops gives Queen their first hit, "Killer Queen". Freddie proposes to Mary, but during the band's sold-out U.S. tour, he begins questioning his sexuality.
In 1975, Queen record their fourth album, A Night at the Opera, but quit EMI when executive Ray Foster (Mike Myers) refuses to release the six-minute song "Bohemian Rhapsody" as the album's lead single. Freddie conspires with radio DJ Kenny Everett (Dickie Beau) to debut the song on his program. Despite mixed reviews, "Bohemian Rhapsody" becomes a global hit. Following a world tour, Freddie begins an affair with Paul and comes out to Mary as bisexual. She counters that he is gay and they break up but remain close friends.

Who plays who in the Bohemian Rhapsody movie?

Here is the full cast and characters of "Bohemian Rhapsody" movie. Actors and actresses are sorted mostly in credits order.

What are Bohemian Rhapsody filming details?

"Bohemian Rhapsody" movie is rated "PG-13", according to the MPAA film rating system.

What are critics and audiences saying about Bohemian Rhapsody movie?

"Bohemian Rhapsody" movie got high rating from critics. IMDB rating is 8/10. Rotten Tomatoes rating is 61/100. The audience also loves the film. Audiences polled by CinemaScore gave the film an average grade of "A" on a scale ranging from A+ to F.

More information and reviews on "Bohemian Rhapsody" movie you can get on the following websites.

Bohemian Rhapsody on IMDB is available at:

Bohemian Rhapsody on Wikipedia is available at: