Is there a trailer for Keep Watching movie? 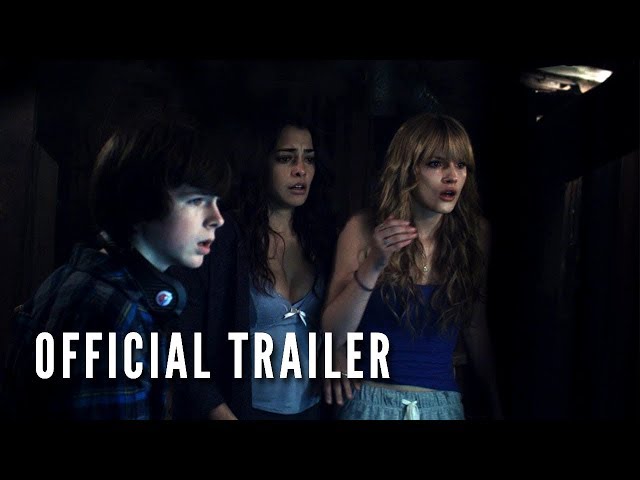 What is Keep Watching movie plot?

The film starts with a young girl being attacked. The next morning, news reporters interview people who had seen the murder through their devices, unaware that it was real, and a news reporter says that one of the family members is missing.
Jamie (Bella Thorne) - a teenage girl - and her family return home from a 10-day vacation, unaware that cameras have been set up in every corner of the house. Later that night, her father Carl (Ioan Gruffudd) gets an unexpected visit from his brother Matt (Leigh Whannell), who comes over and asks to spend the night there. Carl agrees, but his new wife Olivia (Natalie Martinez) is not happy about it. Matt talks with Jamie and she says that she is not fond of her new stepmother Olivia, thinking that she is trying to replace her real mother, but Matt assures Jamie that she has nothing to worry about.
Jamie Skype calls her boyfriend Josh, intending to tell him she might be pregnant, but backs out and ends the call. When everyone gets ready for bed, Matt goes outside to look for his phone and hears strange noises coming from the backyard. He is attacked with a hook. A man known as The Terror (Matthew Willig) breaks into the house and takes everyone's phones, then seals all the windows outside, waking up Olivia.
Carl goes downstairs to see what the noise is and finds a flashlight with a bow on it. When he goes into the kitchen, a photo of someone standing behind him is taken, and he is smothered to death with a plastic bag in front of everyone. Jamie, her brother DJ (Chandler Riggs) and Olivia barricade themselves in Olivia's bedroom and they find that the family has been watched for months without anyone knowing, especially Jamie. They learn that their only chance to survive is to kill The Terror. As the remaining family members try to look for a way out, they are attacked by another intruder and they all hide in the basement, where a knife with a bow on it is discovered.

Who plays who in the Keep Watching movie cast?

Here is the full cast and characters of "Keep Watching" movie. Actors and actresses are sorted mostly in credits order.

What are Keep Watching filming details?

"Keep Watching" movie is rated "R", according to the MPAA film rating system.

What are critics and audiences saying about Keep Watching movie?

"Keep Watching" movie got average rating from critics. IMDB rating is 4.3/10. Rotten Tomatoes rating is 25/100. The audience dislikes the film either.

More information and reviews on "Keep Watching" movie you can get on the following websites.

Keep Watching on IMDB is available at:

Keep Watching on Wikipedia is available at: