Here are "Mute" movie trailer, plot summary, full cast and characters, release date and everything we know so far.

Is there a trailer for Mute movie? 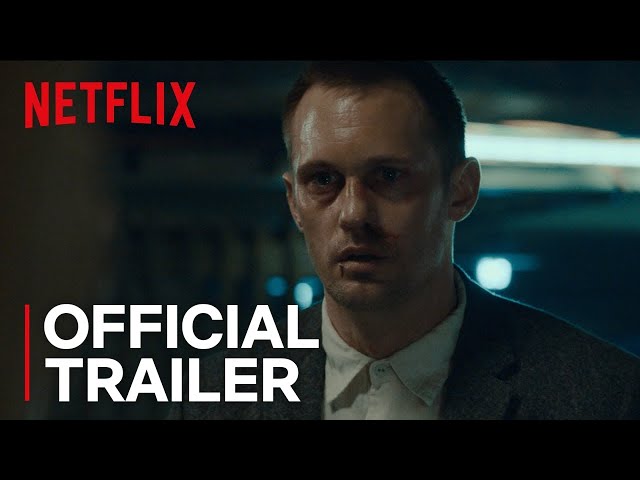 What is Mute movie plot?

Here is a short review of "Mute" movie plot summary.

A childhood accident leaves Leo (Alexander Skarsgård) mute and his devout Amish mother refuses surgery. As an adult in 2035, he works as a bartender at a Berlin strip club owned by Maksim (Gilbert Owuor) and dates cocktail waitress Naadirah (Seyneb Saleh). She confides in her friend Luba (Robert Sheehan) that she has not told Leo about her past or her desperate need for money.
After Stuart (Noel Clarke), a rowdy customer, sexually harasses Naadirah, Leo assaults him. Naadirah talks Leo down by telling him that she needs to keep her job.
Naadirah shows up at Leo's apartment and attempts to tell him about something important. Leo shows her an elaborate bed he has been carving as a present for her. Naadirah is overcome with emotion and they have sex. Elsewhere, Maksim's mobsters meet two American surgeons, Cactus Bill (Paul Rudd) and Duck (Justin Theroux), who run a black-market clinic. Bill desperately wants to leave Berlin and has pressed Maksim to provide forged documents for him and his young daughter, Josie. Duck, however, enjoys living in Berlin and runs a side business where he installs implants and performs cybernetic surgery.
Stuart returns to the strip club and taunts Leo, leading to a fight and Maksim firing Leo. When he's unable to contact Naadirah, Leo asks Luba for help, but Luba refuses. An anonymous text message leads Leo to a black-market bazaar run by Stuart. Bill and Josie are there, and Bill takes Josie away as Stuart confronts Leo. Suddenly remembering that Naadirah wrote an address on his notepad a while back, Leo leaves the bazaar after using charcoal to read the imprint.

Who plays who in the Mute movie?

Here is the full cast and characters of "Mute" movie. Actors and actresses are sorted mostly in credits order.

When is Mute movie release date?

"Mute" movie release date was scheduled to be on February 23, 2018 distributing by Netflix.

What are Mute filming details?

The duration of the film is 126 minutes.

What are critics and audiences saying about Mute movie?

"Mute" movie got average rating from critics. IMDB rating is 5.4/10. Rotten Tomatoes rating is 21/100. But the audience kinda likes the film.

More information and reviews on "Mute" movie you can get on the following websites.

Mute on IMDB is available at:

Mute on Wikipedia is available at: