Is there a trailer for Ma movie? 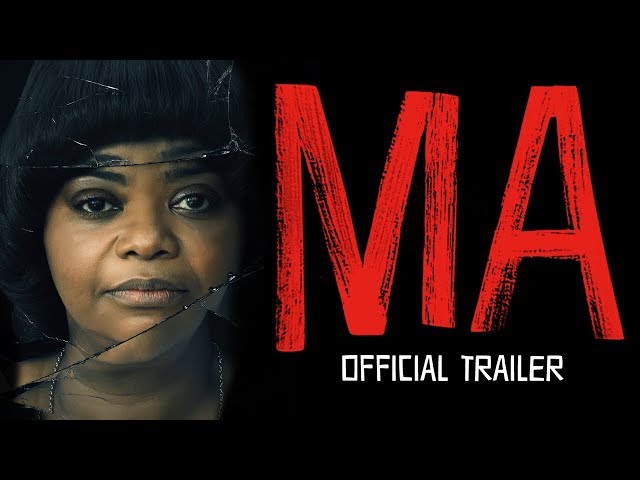 What is Ma movie plot?

Here is a short review of "Ma" movie plot summary.

Teenager Maggie Thompson (Diana Silvers) moves with her mother, Erica (Juliette Lewis), to her mother's Ohio hometown after Erica's husband leaves her. At her new high school, Maggie befriends Haley (McKaley Miller), Darrell (Dante Brown), Chaz (Gianni Paolo), and Andy (Corey Fogelmanis), who immediately develops a crush on her. They convince Sue Ann "Ma" Ellington (Octavia Spencer), a veterinary technician, to help them buy alcohol. Sue Ann (Kyanna Simone) anonymously reports their activities, but they are released because of the officer's history with Andy's father, Ben (Luke Evans). The next day Sue Ann invites the teenagers to drink in her basement. Over time, many other teenagers arrive at her house to party, making her popular among the students.
However, the group grows annoyed as Sue Ann continuously harasses them to spend time with her. One night she drugs Maggie and takes her earrings. The next morning Maggie finds cuts and bruises on her body and her earrings missing. A scared Maggie tells Andy she no longer wants to go to Sue Ann's house and that she does not want him to go either. To earn the group's trust back, Sue Ann lies that she has pancreatic cancer. Haley notices Sue Ann wearing a bracelet belonging to a friend. The girls suspect that Sue Ann has been stealing their jewelry and break into her house to investigate. They are surprised by Genie, Sue Ann's daughter from a failed marriage; Maggie is surprised to see her walking, as she uses a wheelchair at school. Maggie and Haley escape as Sue Ann comes home.
Ben, who went to high school with Sue Ann, shows up at her job to drop off his cat and invites her out for drinks after work. At the bar, Ben confronts Sue Ann with a tracking device and asks her why his son has been at her house. Ben warns Sue Ann to stay away from Andy. A flashback reveals that Sue Ann, who had a crush on Ben, was deceived into performing oral sex on a boy she thought was Ben. Ben had gotten the school to witness the assault, including his current girlfriend Mercedes (Missi Pyle) and a young Erica. Sue Ann never recovered from the trauma and humiliation.

Who plays who in the Ma movie cast?

Here is the full cast and characters of "Ma" movie. Actors and actresses are sorted mostly in credits order.

When is Ma movie release date?

What are Ma filming details?

The duration of the film is 99 minutes. With a budget of $5 million, the film grossed over $61.2 million.

"Ma" movie is rated "R", according to the MPAA film rating system.

What are critics and audiences saying about Ma movie?

"Ma" movie got average rating from critics. IMDB rating is 5.6/10. Rotten Tomatoes rating is 56/100. Audiences polled by CinemaScore gave the film an average grade of "B-" on a scale ranging from A+ to F.

More information and reviews on "Ma" movie you can get on the following websites.

Ma on IMDB is available at:

Ma on Wikipedia is available at: