Here are "American Made" movie trailer, plot summary, full cast and characters, release date, streaming services and everything we know so far.

Is there a trailer for American Made movie?

Universal Pictures on Monday, June 05, 2017 released the trailer for "American Made" you can watch here:
American Made - Official Trailer . 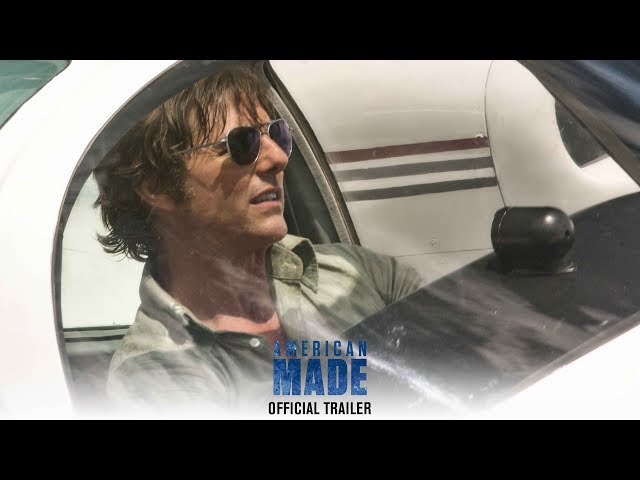 What is American Made movie plot?

Here is a short review of "American Made" movie plot summary.

In 1978, Baton Rouge pilot Barry Seal (Tom Cruise), who flies commercial jets for TWA, is recruited by a CIA case officer calling himself Monty Schafer (Domhnall Gleeson). He asks Seal, who has been smuggling Cuban cigars into the country via Canada, to fly clandestine reconnaissance missions for the CIA over Central America using a small, fast, twin-engine Piper Smith Aerostar 600, outfitted with sophisticated aerial surveillance cameras. Seal tells his wife, Lucy (Sarah Wright), he's still with TWA.
In the 1980s, Schafer asks Seal to start acting as a courier between the CIA and General Noriega in Panama. During a mission, the Medellín Cartel picks Seal up and asks him to fly cocaine on his return flights to the United States. Seal accepts and starts flying the cartel's cocaine to Louisiana, delivering the drugs via airdrop in the countryside instead of landing at an airport. The CIA turns a blind eye to the drug smuggling, but the DEA tracks Seal down. To avoid the authorities, Seal and his family must relocate to the remote town of Mena, Arkansas, and his wife comes to accept the wealth generated by his new life. The small town gradually becomes wealthy and the hub of U.S. cocaine trafficking.
Later, Schafer asks Seal to run guns to the Nicaraguan Contras based in Honduras. Seal realizes that the Contras are not serious about the war and just want to get rich and he starts trading the guns to the cartel. The CIA sets up a Contra training base in Mena and Seal flies the Contras in, but many of them escape as soon as they arrive.

Who plays who in the American Made movie?

Here is the full cast and characters of "American Made" movie. Actors and actresses are sorted mostly in credits order.

When is American Made movie release date?

What are American Made filming details?

"American Made" movie is rated "R", according to the MPAA film rating system.

Principal photography began on May 18, 2015 in Atlanta, Georgia.

What are critics and audiences saying about American Made movie?

"American Made" movie got high rating from critics. IMDB rating is 7.2/10. Rotten Tomatoes rating is 85/100. The audience also likes the film. Audiences polled by CinemaScore gave the film an average grade of "B+" on a scale ranging from A+ to F.

More information and reviews on "American Made" movie you can get on the following websites.

American Made on IMDB is available at:

American Made on Wikipedia is available at: